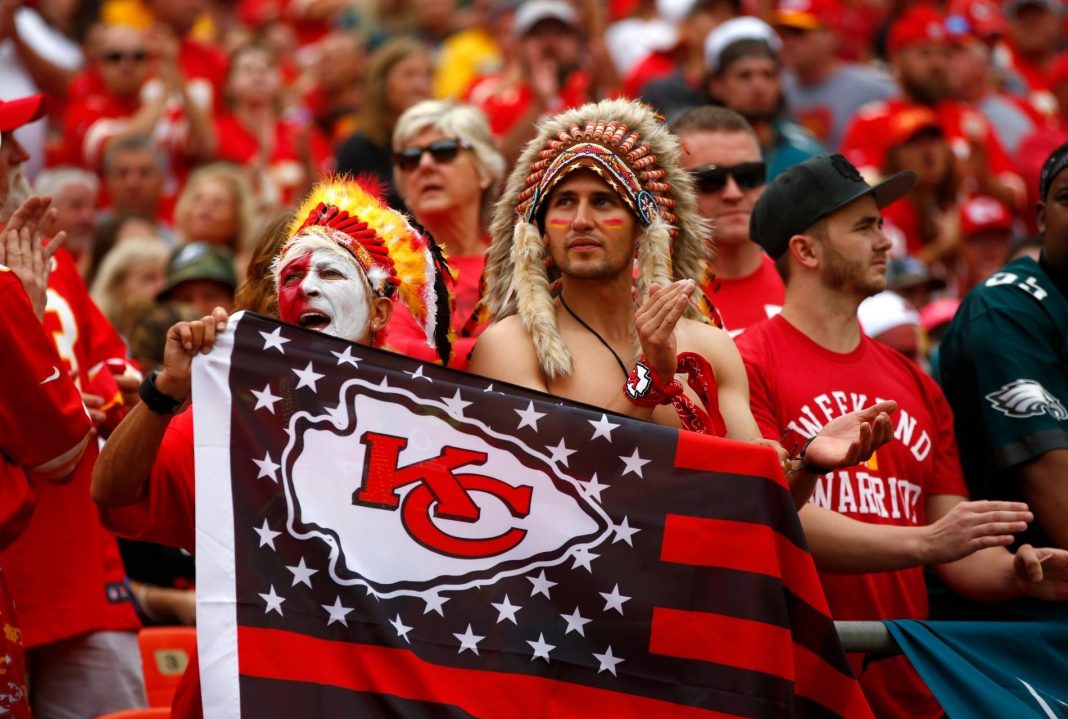 Professional sports are no longer safe from the encroachment of the Left.

What used to be an escape from politics has now become a breeding ground for it.

And the Kansas City Chiefs just instituted one policy that has fans on the warpath.

In recent months, leftists have been pushing for radical change across various walks of life.

The hard push into sports has been disconcerting for fans who don’t want to tune into a protest when they turn on an NFL game.

Ever since Colin Kaepernick started the anti-American anthem protests, the NFL has been under siege from left-wing activists.

Kneeling for the anthem has now become the default position for players in the league. This is a disturbing sea change in only four short years.

And one form of collateral damage from the protests is the existence of “offensive” nicknames.

After several failed attempts to force the Washington Redskins to change their nickname, team owner Daniel Snyder finally caved to pressure – despite surveys showing a majority of Native Americans did not want to see the name changed – after corporations like Amazon, Walmart, and the NFL store threatened to ban his team’s apparel.

FedEx even threatened to pull its sponsorship of the stadium.

Snyder gave the team the interim name the Washington Football Team, likely as a finger in the eye to the wokesters who forced his hands.

Teams like the Kansas City Chiefs and Atlanta Braves were spared, but perhaps not for long.

The Chiefs were allowed to keep their name, although activists are still trying to ban it.

However, the Chiefs recently announced that headdresses, face paint, and other Native American garb will no longer be allowed at Chiefs games.

The team released some of the following guidelines:

The team is also reviewing whether or not to allow the tomahawk chop.

The name “Chiefs” and “Arrowhead Stadium” remain, but any themed references are outlawed.

Eventually, the leftists will be successful in changing in the Chiefs’ name as they were with the Redskins.

Once concessions are made to the outrage mob, it’s almost impossible to reverse course.