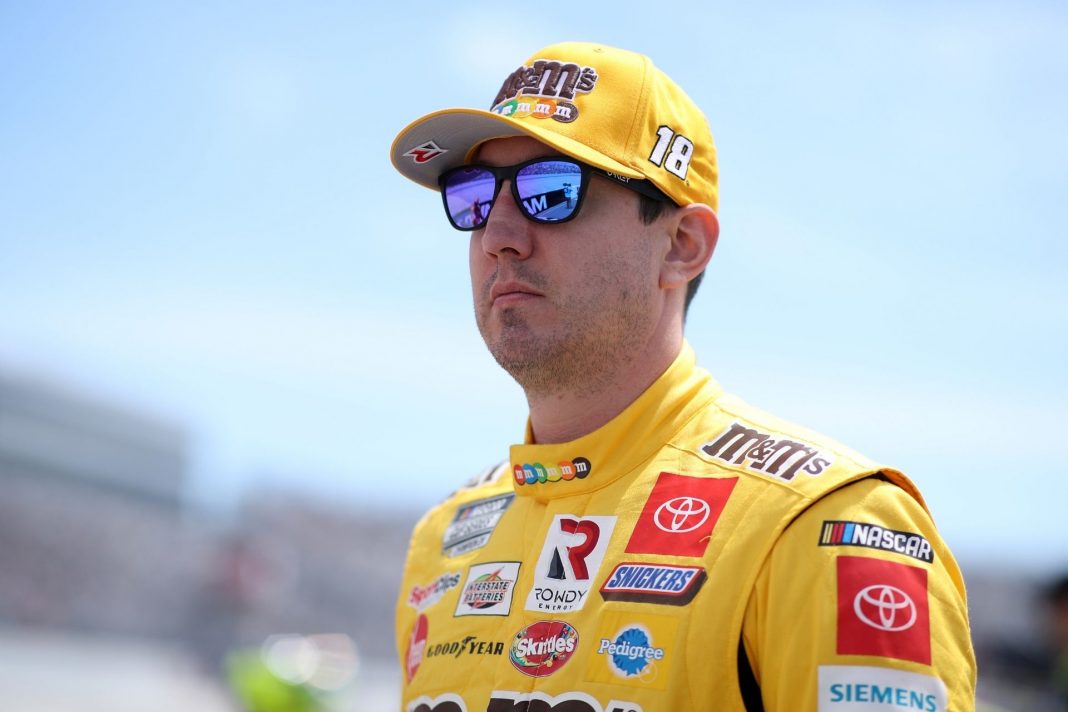 Like most other sports, NASCAR rivalries have always played an important role in elevating interest in the sport.

But also like most other sports, rivalries have seemingly become less predominant and intense in recent years.

That’s why Kyle Busch taking a recent opportunity to rip this “two-faced” driver and reignite a major rivalry is crucial for NASCAR.

Diehard NASCAR fans have fond memories of the 2017 spring Cup Series race at Las Vegas Motor Speedway – well, mostly what happened after the race, that is.

On the final lap of that race, eventual winner Martin Truex Jr. essentially had the win in the bag, but behind him, Kyle Larson, Kyle Busch, Brad Keselowski, and Joey Logano trailed as they battled to determine how the rest of the top-five order would pan out.

However, on the exit of turn four, Logano drove up the track as if Busch wasn’t there, spinning him down pit road and relegating Busch to a 22nd place finish while Larson cruised to second, and Keselowski beat Logano by a nose for third.

What fans remember most, though, is that the on-track incident between Logano and Busch inevitably led to some off-track fireworks, as Busch walked over to Logano on pit road after the race, and proceeded to punch Logano in the face.

From there, chaos ensued as Logano’s pit crew jumped to his aid, preventing Busch from finishing what he came there to do.

Obviously, though, Kyle Busch still feels as though there is some unfinished business when it comes to Logano.

In a recent interview with the I Am Athlete podcast, Busch was asked about the 2017 incident with Logano, and he didn’t hold back as he described what transpired after that race.

“I didn’t tell anyone what I was going to do,” Busch said. “Never said anything on the radio. Kept it all to myself. I marched my happy ass down to pit road. Turned right into where he was, pulled it back and let it rip. I got the one hit in, because of course the rest of the fight was just all these dudes coming in and separating everyone.”

But Busch didn’t stop there either – he proceeded to tell the world exactly how he feels about the “two-faced” Logano.

“The problem with Joey, is that he’s two-faced. People know I’m an a**hole on the race track. Logano will come in here and he’s laughing and happy-go-lucky. But you put him on the race track, then he flips the a**hole switch on. If you’re going to be a nice guy, be a nice guy on the track as well.”

Whether you love him or hate him, there’s no denying that Kyle Busch is great for NASCAR because of comments like this.

For the past few years, his scuffle with Logano from 2017 was merely an awesome YouTube video for NASCAR fans to enjoy on social media from time-to-time.

But with these comments, he’s clearly letting the world know that he’s not over it, and still absolutely despises Joey Logano and his “two-faced” nature.

And that is absolutely great for NASCAR.

At a time in which NASCAR is one of the only American professional sports seeing their TV viewership numbers increase, NASCAR needs rivalries like this to continue to fuel that viewership increase.

For too long the sport hasn’t had the same level of rivalries that propelled the sport to its peak popularity throughout the 1990’s and early 2000’s.

Quite frankly, it’s beyond time someone stepped up to change that, and the fact that Kyle Busch – NASCAR’s beat villain – is emerging as that guy just makes it so much better.

It also doesn’t hurt that plenty of NASCAR fans also agree with Busch’s take on Logano being “two-faced,” and wouldn’t mind at all if Busch threw more haymakers his way.

For the good of the sport, of course.