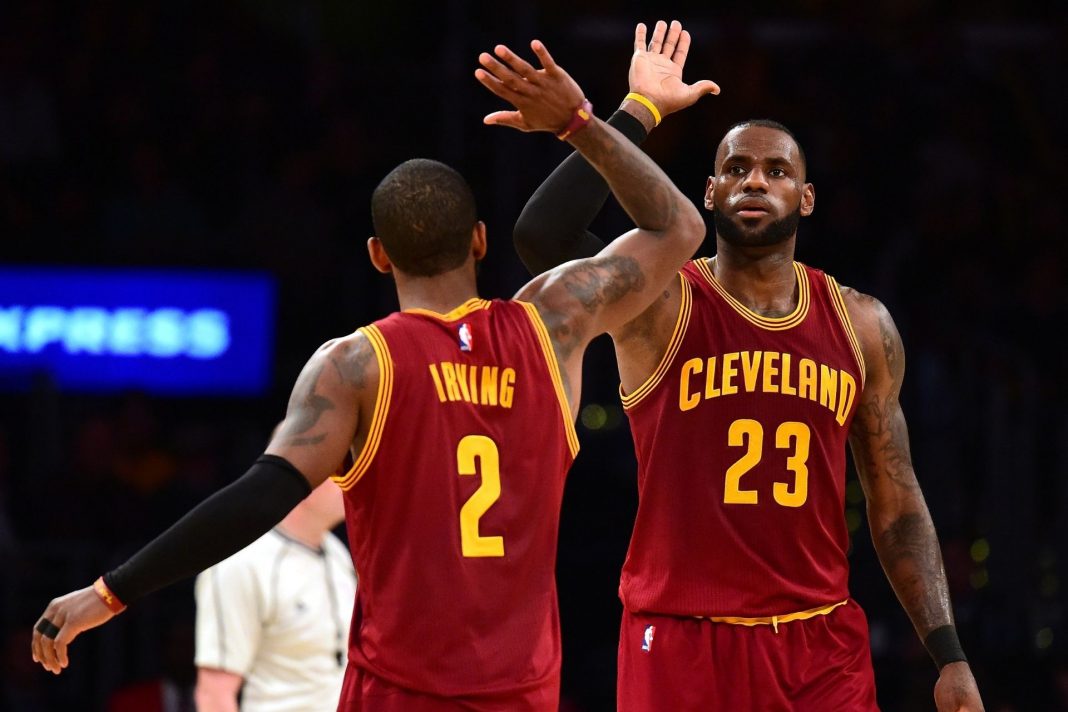 It should come as no surprise that some professional athletes are merely children in grown adult bodies.

And from time to time, these overgrown babies have a tendency to show just how immature they can be.

That’s exactly the case currently playing out in Brooklyn, as Kyrie Irving is reportedly throwing a toddler-like tantrum because he isn’t getting his way.

To say that there is drama currently surrounding the Brooklyn Nets would be a massive understatement.

The Nets were supposed to have a championship caliber roster with Kyrie Irving and Kevin Durant on board, but things are quickly falling apart.

It started on January 5, the last time we have seen Kyrie Irving play a basketball game.

Since then, Irving hasn’t shown up to play for the Nets, and has been listed as out for “personal reasons” each game he missed.

That caused the NBA world to speculate, “Where in the world is Kyrie Irving?” and “Why has he not shown up to play for the Nets?”

Those questions were apparently answered yesterday when reports indicated that Irving had been “furious” with the Nets for some time because he didn’t get his way, and that his relationship with fellow star Kevin Durant was deteriorating.

I’m told he’s been “furious” at the organization for some time for not giving him more input on the head coach hiring.

He was not in favor of Steve Nash.

Also, his relationship with Kevin Durant has been described as “very distant” recently. https://t.co/MS4yvW4x2J

Despite all the Irving drama, the Nets somehow managed to work out a deal to acquire James Harden via trade.

The move was seen as a massive boost to the Nets, as most everyone simply assumed that Harden would pair with Durant, and once Irving came back they’d have a superteam that could compete with LeBron James’ Lakers.

The only problem with that theory is that it appears the move wasn’t designed to boost the team’s roster with Kyrie, it was a move designed to serve as an insurance policy in case Irving never played basketball again.

And, as if all of that wasn’t bad enough, apparently Kevin Durant never actually wanted to play with Kyrie Irving in the first place.

The Harden deal, I'm told, was not to placate Kyrie.

It's insurance in case the #Nets can't mend the fence as they are already all-in with KD, who has an opt out after next year.

Also, Kyrie was NOT KD's 1st choice to pair with when he was a FA last summer. https://t.co/Z6gOBV2nhF

If the NBA Championship was given to the team that could create the most toxic culture possible, the Nets would be leading that battle by a landslide.

The Brooklyn Nets now have one of the most talented rosters in the NBA – and they appear to be a complete dumpster fire.

It’s unbelievable to think that a team can somehow collect this much talent, only to have it all blow up in their face.

And make no mistake, with the way this entire ordeal is trending, it’s going to blow up right in their face.

You clearly cannot make Kyrie Irving happy, and he’s going to constantly throw a tantrum or take his ball and go home when he doesn’t get his way.

Then you have two more massive, superstar egos thrown into the mix, and you have a recipe for disaster.

If Kyrie Irving wasn’t happy in Cleveland in LeBron’s Shadow, and he wasn’t happy in Brooklyn because he didn’t get to hand pick his coach, he’s certainly not going to be happy to now have to share the stage with both Kevin Durant AND James Harden.

And don’t forget, James Harden just finished throwing his own tantrum in Houston, and Durant is known to be prone to hissy fits when things don’t go his way as well.

So, what could go wrong?