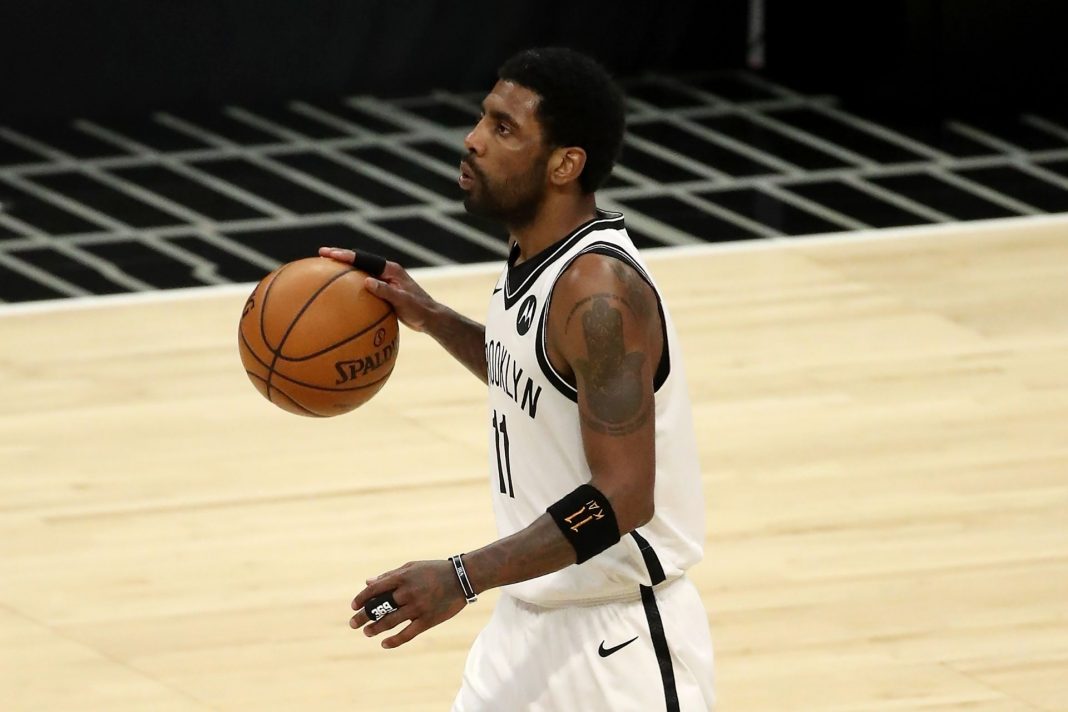 Kyrie Irving is currently one of the most polarizing athletes in all of sports.

From his belief that the Earth is flat to his far-left political activism, Irving seems to thoroughly enjoy being as contrarian as humanly possible.

And the latest cause he’s taking up might be his most controversial, as he’s pushing the NBA to change their logo for an outrageous reason you won’t believe.

When Kobe Bryant tragically passed away in a helicopter crash just over a year ago, a movement began online to have the NBA change its logo to depict Bryant’s likeness.

Despite an online petition garnering more than three million signatures, the NBA never appeared to take the idea too seriously.

Instead, the league chose to honor Bryant’s life and legacy by renaming their All-Star Game’s MVP Award after Bryant.

And since then, the idea of changing the NBA’s logo has seemed to fade away.

That was until recently, as Brooklyn Nets guard Kyrie Irving has suddenly decided to take it upon himself to push for a depiction of Kobe to replace fellow Lakers’ legend Jerry West on the NBA logo.

But unlike many who wanted to see the logo changed last year, Irving’s entire motivation seems to be based on the fact that Kobe Bryant was black.

On Wednesday, Irving took to Instagram to push for the iconic logo’s change by saying, “Gotta happen, [I don’t care] what anyone says. BLACK KINGS BUILT THIS LEAGUE.”

In a press conference the next day, Irving doubled down on his belief that the logo needs to be changed because Kobe was black.

There’s really no argument against Bryant’s impact on the game, as he was undoubtedly one of the greatest players in NBA history.

And he obviously had a greater impact on the modern game than the man who’s currently featured on the logo, Jerry West, and will therefore be remembered fondly by basketball fans everywhere for generations to come.

At the same time, Irving’s assertion that the logo should be changed almost exclusively because of Kobe’s ethnicity leaves a lot to be desired.

Namely, the fact that Bryant played at a time in which the league’s popularity was in decline.

It is universally agreed upon by most NBA historians that both the 1980’s and 1990’s were a time in which the NBA was, relatively speaking, more popular and produced a better on-court product that its recent ratings would suggest.

Very few NBA fans would have a problem seeing the logo changed to depict Kobe Bryant as a way to honor the legacy he built on the court, but doing so almost exclusively because he was black is the wrong way to go about it, especially in the times in which we live.

But that’s Kyrie Irving for you, always trying to appear as though he’s the smartest person in any room he walks into by exposing ideas that are at best only halfway thought out.