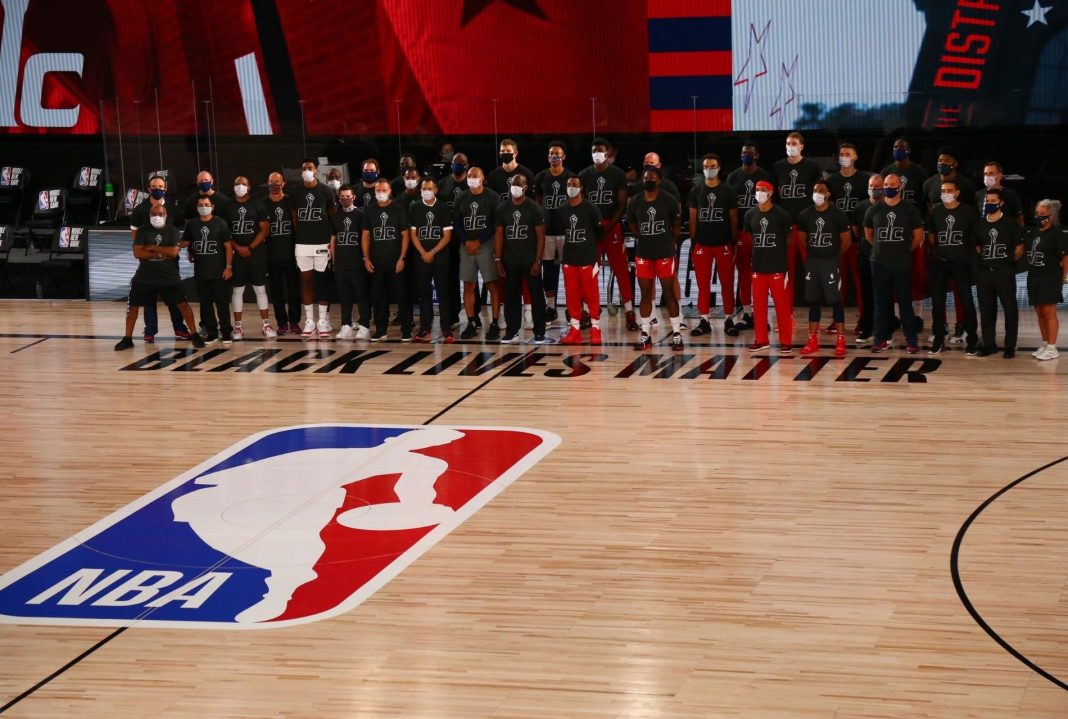 Players protested Trump, wore social justice messages on the backs of their jerseys, and the league painted Black Lives Matter on the court at the Orlando bubble when games resumed after the coronavirus hiatus.

And now LeBron James anti-Trump protests cost the NBA in this major way.

The NBA finals between the Milwaukee Bucks and the Phoenix Suns is turning into a ratings disaster.

Outkick.com founder and host of the Clay and Buck Show Clay Travis explained why the NBA is trying to pull a fast one by comparing Game One’s ratings from this year to the empty arena finals series from 2020.

“They narrowly managed to avoid an all-time low Game 1 NBA Finals rating,” Clay stated. “In the bubble last year, they posted a tiny number. They managed to just get over the hurdle of that number in Game 1 on Tuesday.”

Travis attributed the NBA ratings decline to LeBron James and the rest of the league going woke and alienating fans that don’t vote for the Democratic Party.

“Now, why is this happening? Why are NBA ratings down so massively at a time when most other sports leagues have recovered in a pretty substantial way? The league went broke because they went woke. This is not difficult to understand,” Travis continued.

The numbers back it up.

“But comparing to 2020 is an artificially low bar. Game 1 of the pre-pandemic 2019 Finals between the Toronto Raptors and Golden State Warriors averaged 12.31 million viewers during the normal June timeframe. And Game 1 of the Cavs-Warriors finals in 2017 averaged 18.74 million viewers,” The Athletic reports.

In 2019, the last pre-COVID finals played in front of full arenas, Game One of the Toronto Raptors and Golden State Warriors series averaged over 12 million viewers.

The decline from this year is even more astounding because normally the two home markets juice the ratings by posting massive numbers, but in 2019 one team was in Canada so ABC only brought in a massive rating from one finals participant’s home market.

And compared to 2017 – when over 18 million tuned in for Game One between the Cavaliers and the Warriors – more people stopped watching basketball – 10 million – than watched Game One of this year’s finals.

The NBA is learning the hard way that when you go woke, you go broke.