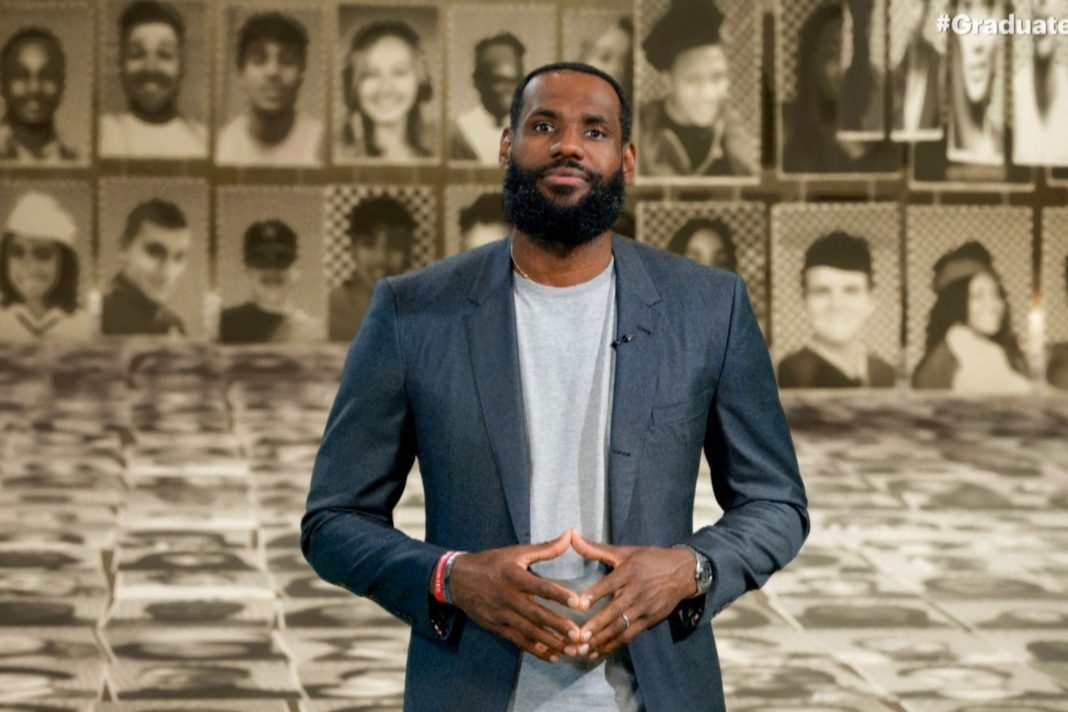 Los Angeles Lakers star LeBron James is one of the most controversial athletes on the planet.

But his political activism backfired.

And LeBron James got called out by the one group he never suspected.

The NBA began allowing teams to sell sponsorship patches on jerseys as a way to make money.

One sponsor the Lakers cut a deal with was the third party e-commerce platform Wish.

A black leadership group named Project 21 ripped LeBron James for not speaking out against Wish and refusing to wear a jersey with their patch on it due to the fact that some sellers on Wish market products with a Confederate flag logo.

Despite cultivating the reputation of a social justice warrior, basketball star LeBron James and his Los Angeles Lakers teammates have hit the court with the logo of online retailer Wish on their uniforms since 2017. Members of the Project 21 black leadership network criticized James, the Lakers and the NBA for political inconsistency for their relationship of a retailer that sells products honoring the Confederacy.

“We Wish LeBron Was Consistent,” a page on Project 21’s website, features images of only a few of the many Confederate and Southern pride items that can be obtained through Wish, an e-commerce platform designed to make it easier for third-party sellers to reach customers. This includes a wide array of Confederate-themed items including Confederate flag pillows, blankets, kids’ military uniforms, portraits of Confederate generals and even anti-COVID face masks featuring the rebel flag. James and the Lakers wear the Wish logo on their uniforms – uniforms that the NBA promotes through the league’s own online store as “a call to action, a command for greatness.”

James has proven in the past he will take a dive instead of calling out entities that put money in his pocket.

In 2019, James suddenly couldn’t speak out against the Communist Chinese oppression in Hong Kong because of how much money the communist government pays the NBA.

James’ political convictions of convenience stick out like a sore thumb.