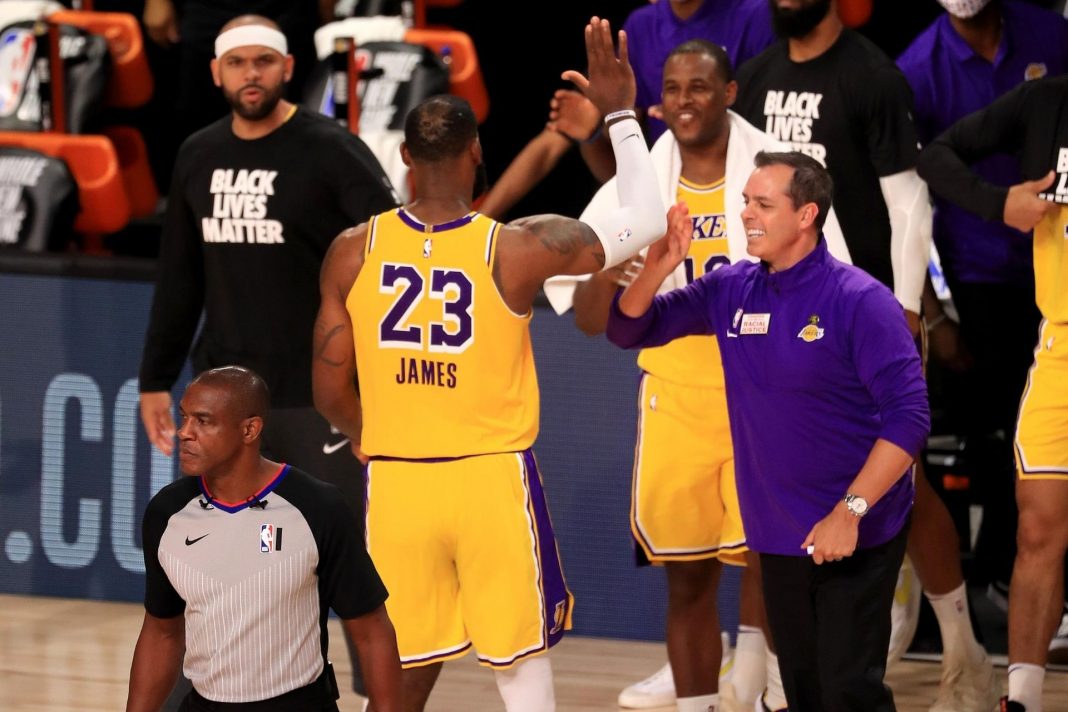 The NBA has finally re-started the season.

But many fans are refusing to tune in because of the league’s hard-left political turn.

And LeBron James had six words for Colin Kaepernick that will leave you asking “where did my country go?”

All members of the Los Angeles Lakers and Clippers knelt during the national anthem prior to their opening night game on Thursday.

In a post-game press conference Lakers’ star LeBron James said, “I hope we made Kaep proud.”

I hope we made national anthem kneeler Colin Kaepernick proud by disrespecting the American flag. Unbelievable.

This is a huge reverse-course for the NBA, which previously had a rule banning protesting during the national anthem.

The rule stated, “Players, coaches, and trainers are to stand and line up in a dignified posture along the sidelines or on the foul line during the playing of the National Anthem.”

When Colin Kaepernick’s national anthem protest sparked a firestorm across the country, many players were outraged that they couldn’t participate.

Now, NBA Commissioner Adam Silver – who has donated the maximum amount to Joe Biden’s presidential campaign – is not only kowtowing to players’ demands, he’s joining them.

Much has been made about the NBA painting “BLACK LIVES MATTER” on the courts and allowing players to wear Social Justice Warrior-approved messages on their jerseys.

But under Silver’s leadership, the league has grown buddy-buddy with Communist China.

That leaves us wondering, would the Communist Chinese tolerate disrespect for their national anthem?

We know the answer to that.

In 2019, a player in the Chinese pro basketball league was fined for simply not looking at the Chinese flag during the playing of their anthem.

If LeBron James and the rest of the players did what they did in China, they’d be thrown in the gulags.

By no means are we suggesting adoption of China’s totalitarianism with regards to the national anthem.

But maybe multi-millionaire NBA players should show a little more respect for the men and women who gave their lives to make America the freest and most exceptional nation in history.

If you don’t like it, I’m sure they could make millions of dollars in China – at the price of their freedom.