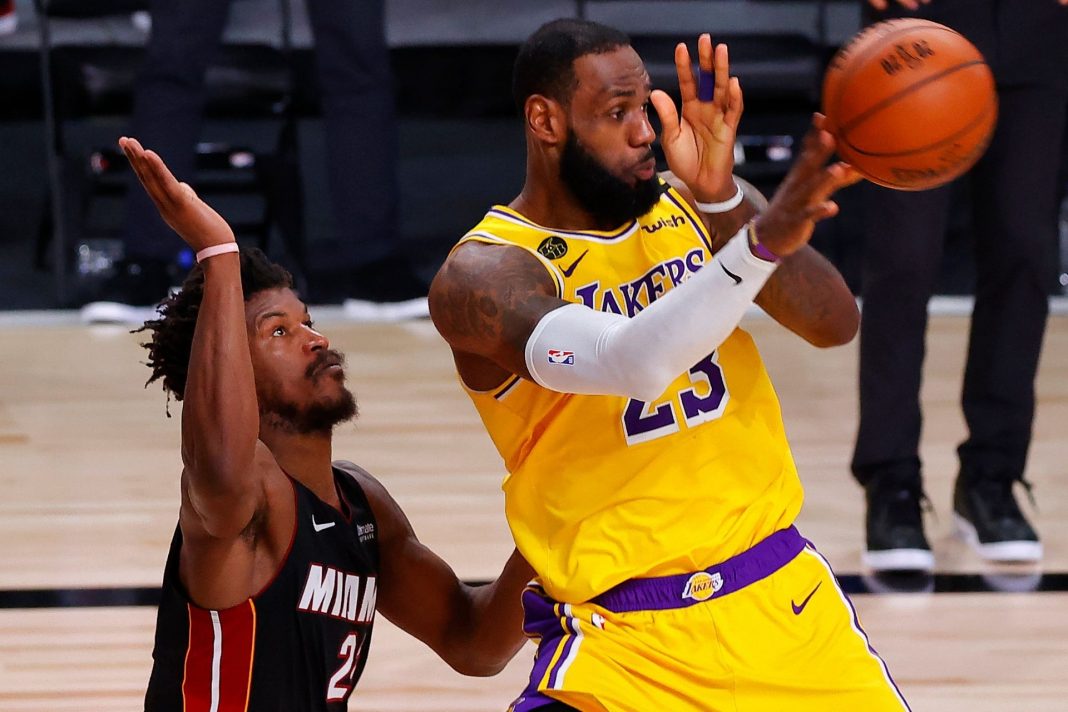 LeBron James has steered the NBA toward “wokeness” and he’s driving the league off a cliff.

The NBA’s business is completely collapsing right before our eyes.

Now James is caving under the pressure and he made one move that left fans disgusted.

LeBron James and his Los Angeles Lakers were denied a sweep over his former team, the Miami Heat.

After losing the first two games, the Heat clawed their way back into the series, but there was drama as the game ended.

Instead of waiting for the clock to hit zero, James walked off the court early in a show of poor sportsmanship.

LeBron walked off the court with 10 seconds left. pic.twitter.com/zTvwZhHDq5

The Lakers went on to win game four, so with a 3-1 series lead, the outcome is almost a foregone conclusion.

But the bigger story is the avalanche that’s falling on James’s head.

As sports writer Jason Whitlock pointed out, James’s argument for being the GOAT (greatest of all time) just got a lot weaker and it might have died altogether.

Killing the NBA's popularity in the US will be LeBron's legacy. Didn't have to be this way. Sad. Can't be the GOAT if you kill the game. #AirJordanForever https://t.co/vxK2m2e5D7

Whitlock points out that as the current face of the NBA, LeBron has presided over a monumental decline in viewership and fan interest.

The NBA Finals ratings have been abysmal in every single game, the worst since the metric was recorded in 1994.

LeBron’s pursuit of becoming a “global icon” has ironically killed his chances of being seen as such.

James wanted to become a modern-day Muhammad Ali who protested the Vietnam War.

Instead, James turned a blind eye to stomach-turning human rights abuses in China because of his business dealings with Nike.

James sowed social chaos by proclaiming that it’s “open season” on black people, but said nothing when two Los Angeles police officers were ambushed while sitting in their car.

He also led a brief charge to cancel the entire playoffs after alleged rapist Jacob Blake got shot by the police while resisting arrest, much to the consternation of other players in the league.

If James is the face of the NBA, then the league needs a facelift.