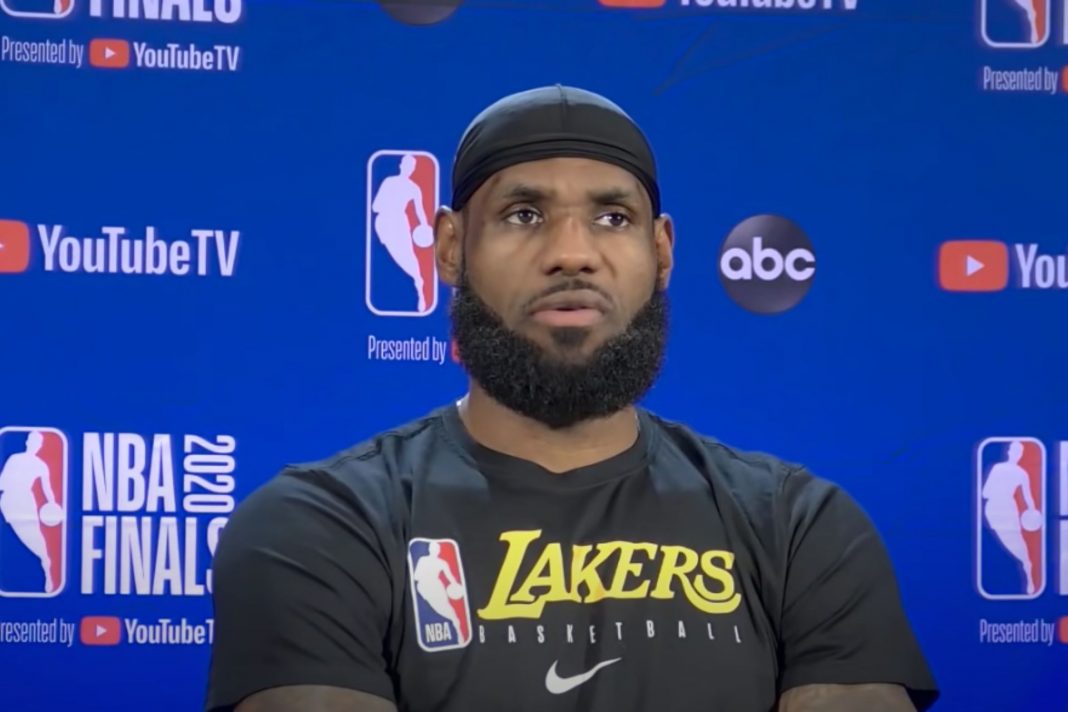 LeBron James is not toning down his political activism.

James does not care how many fans he drives away.

And LeBron James just disrespected police with this insane comment.

After the Lakers evened the first round series against the second seeded Phoenix Suns with a 109 to 103 victory, James met with the media.

George Floyd and the so-called “George Justice on Policing Act” were – of course since this is 2021 – a major topic of discussion by the press.

The Lakers won on the one year anniversary of George Floyd’s death and James implored Congress to pass the anti-police legislation that Chuck Schumer, Nancy Pelosi, and Joe Biden all support.

That is a true statement.

If passed, this bill will put Nancy Pelosi and Chuck Schumer in charge of policing standards nationwide.

In addition, the bill will also put police officers at risk every time they do their job.

The legislation will allow individuals to sue police officers into bankruptcy for performing their duties.

That didn’t matter to LeBron James who went out of his way to praise the bill as necessary.

“Anytime you talk about change, it’s very key that you continue to have these conversations,” James added.

James then called Floyd – who was once arrested for sticking a loaded gun in the belly of a woman that was eight months pregnant – an “angel.”

But now James and other NBA superstars consider themselves political activists first and basketball players second.