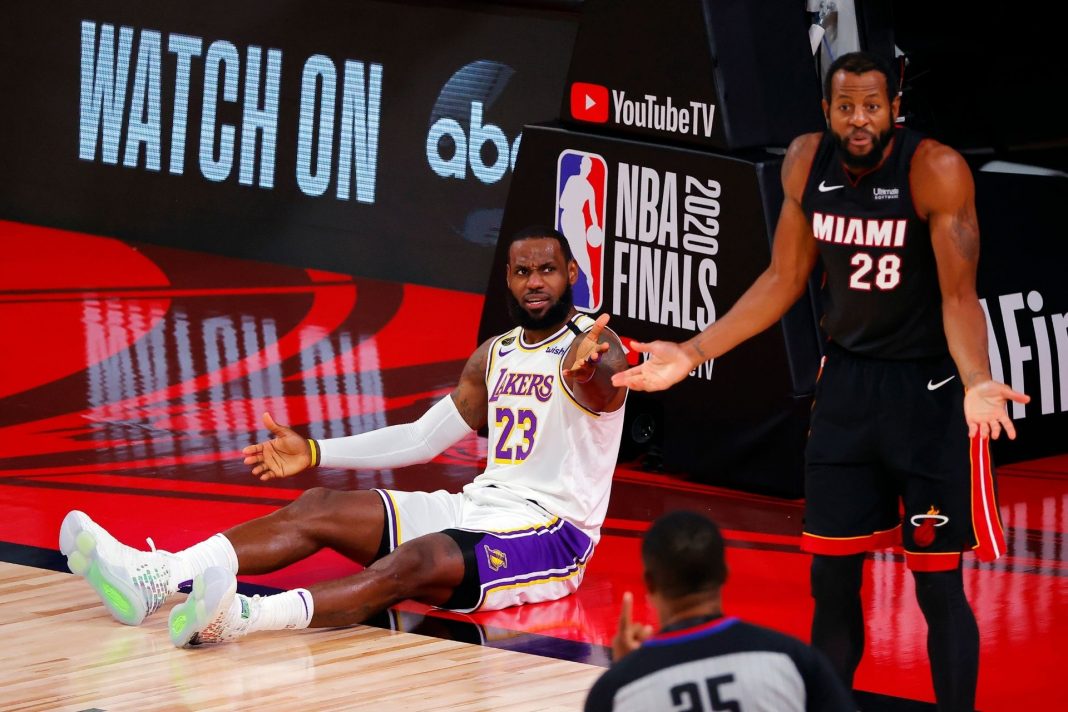 That was true on a recent trip to Atlanta.

And that’s because LeBron James just found himself in an awkward situation with this blonde woman.

During Monday night’s 107-99 win in Atlanta, LeBron James found himself in the middle of another row when 25-year-old Juliana Carlos got into a shouting match with James after James responded to her husband talking trash.

“Listen, let me tell you, LeBron James looked at my husband during the game and cussed him out and I stood up, and I go, ‘Don’t f–king talk to my husband. Talk to my husband one more time and I will f–k you up,’” Carlos posted on social media.

“And he said Shut your mouth, you dumb b-tch,” Carlos claimed.

“And I go you shut your f–king mouth b-tch,” Carlos said she responded.

Carlson was seen lowering her mask during the confrontation with James and security eventually ejected Carlos and her husband.

After the game, James referred to Carlos using the insult “courtside Karen.”

But apparently Carlos had enough of the drama and wrote a lengthy apology on her Instagram.

“About last night…,” Juliana wrote. “To say things escalated quickly at yesterday’s game is an understatement, and I want to apologize for losing my cool and removing my mask in the heat of the moment…”

“My husband is a huge sports fan and we’re passionate people, and let’s be real: sports wouldn’t be sports without a little trash-talking. What should have been a quick back-and-forth between two adults got out of hand and my natural instinct to stand up for the man I love kicked in. Did I get defensive when that happened? Yes…”

“Did I use offensive language when I could have taken the higher road? Yes. And for these things, I take full responsibility,” Carlos wrote.

Sometimes when fans get in these confrontations with star athletes they try and leverage the event for social media fame and to build their followers.

But Carlos appears to realize her 15-minutes are over and just wants this to go away.