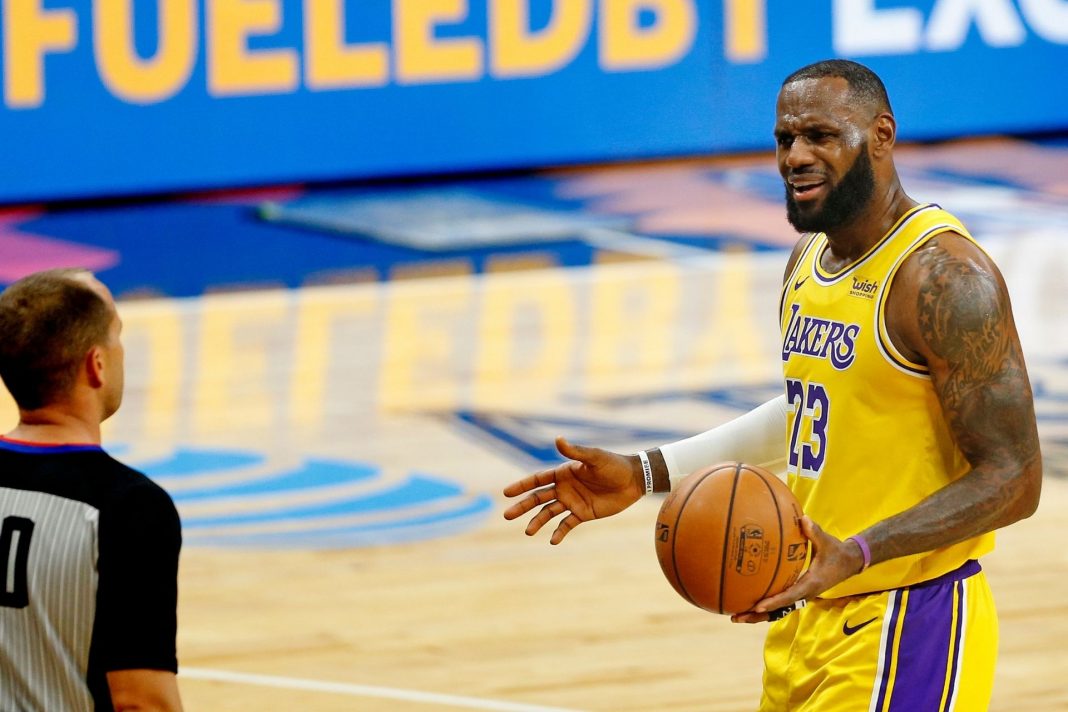 Lebron James thinks because he is the biggest star in the NBA, everyone needs to kowtow to him.

But James got some bad news.

LeBron James just got shut down by the last person he ever suspected.

Los Angeles Clippers star guard Kawhi Leonard was the latest NBA star to suffer an injury during the postseason.

Leonard injured his ACL and looks to be out for the remainder of his team’s Western Conference Semi-Final series against the top seeded Utah Jazz.

LeBron James seized on Leonard’s injury to rant and rave that the NBA ignored his demands to push back the start of the 2020-2021 NBA season because of the coronavirus delay and bubble restart to the end of the 2019-2020 season.

They all didn’t wanna listen to me about the start of the season. I knew exactly what would happen. I only wanted to protect the well being of the players which ultimately is the PRODUCT & BENEFIT of OUR GAME! These injuries isn’t just “PART OF THE GAME”. It’s the lack of PURE RIM REST rest before starting back up. 8, possibly 9 ALL-STARS has missed Playoff games(most in league history). This is the best time of the year for our league and fans but missing a ton of our fav players. It’s insane. If there’s one person that know about the body and how it works all year round it’s ME! I speak for the health of all our players and I hate to see this many injuries this time of the year. Sorry fans wish you guys were seeing all your fav guys right now.

Normally, the NBA caters to its superstars, especially James.

But in this case league spokesman Mike Bass used facts and figures to explain just how wrong James was by noting that the injury rate in the 2019-2020 season was nearly identical to the 2020-2021 season.

“Injury rates were virtually the same this season as they were during the 2019-20 season while starter-level and All-Star players missed games due to injury at similar rates as the last three seasons. While injuries are an unfortunate reality of our game, we recognize the enormous sacrifices NBA players and teams have made to play through this pandemic,” Bass wrote.