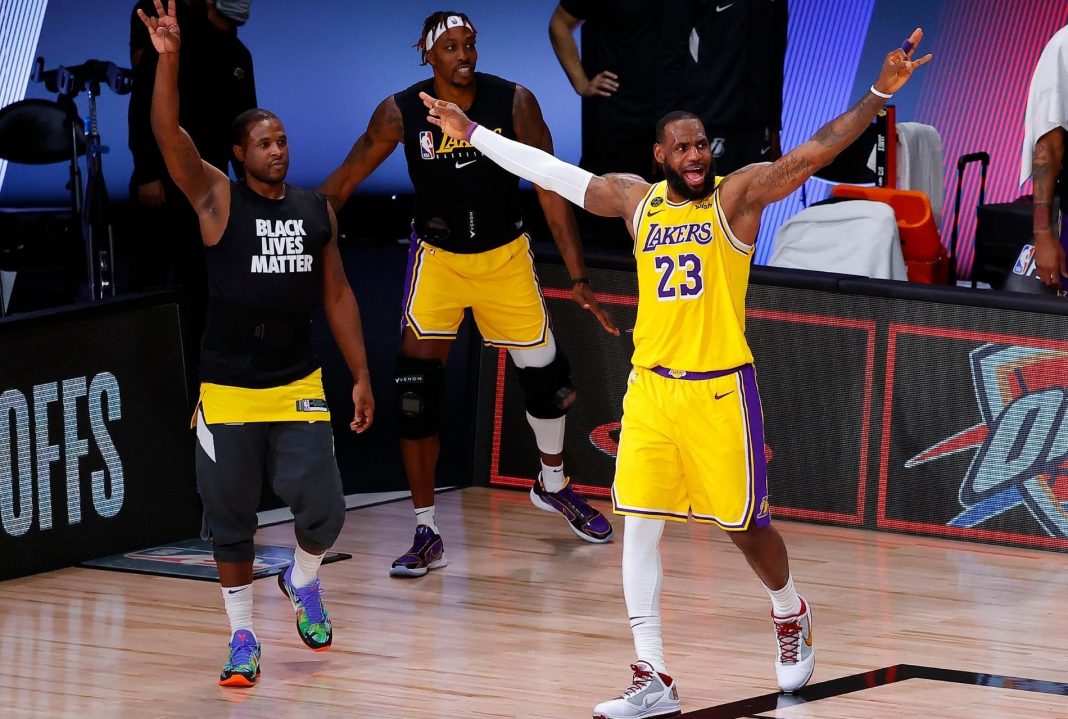 The NBA ratings for the “bubble” at Disney World are abysmal.

That’s a shame for the league because the quality of play has been quite good.

And LeBron James made one pledge that has fans turning off their televisions.

Celebrities, particularly in sports and film, have been convinced by the Left that their political opinions matter.

Leftists are all about flash over substance, so vapid hot takes from ill-informed professional athletes is perfect political messaging.

But the truth is the majority of American don’t care.

Nevertheless, LeBron James is insistent on becoming even more political and tanking the NBA ratings even further.

James endorsed Joe Biden and Kamala Harris, and promised to campaign for them during the general election.

In 2016, James campaigned for Hillary Clinton in his home state of Ohio, and her numbers in the state dropped, Donald Trump ended up winning the state comfortably by 8 points.

This is why the NBA ratings are down.

Fans are not interested in athletes’ opinions about things other than their sport of expertise.

People don’t want to see new anchors and marketing departments bombard them with messages such “Black Lives Matter” all day only to turn on an NBA game and see a jersey that reads “¡Sí se puede!”

The blend of sports and politics is a toxic mixture that needs to be dumped.

Nobody wants to see it outside of dedicated leftists.

They encourage athletes to use their platforms, but they wouldn’t be singing that tune if players wore shirts promoting the March for Life or the Gun Owners of America or any other cause the Left hates.

They want the messaging to go in one direction only.

Sports leagues who cater to the Left need to learn a hard lesson.

Their ratings need to bottom out so they get the message loud and clear: stick to sports!