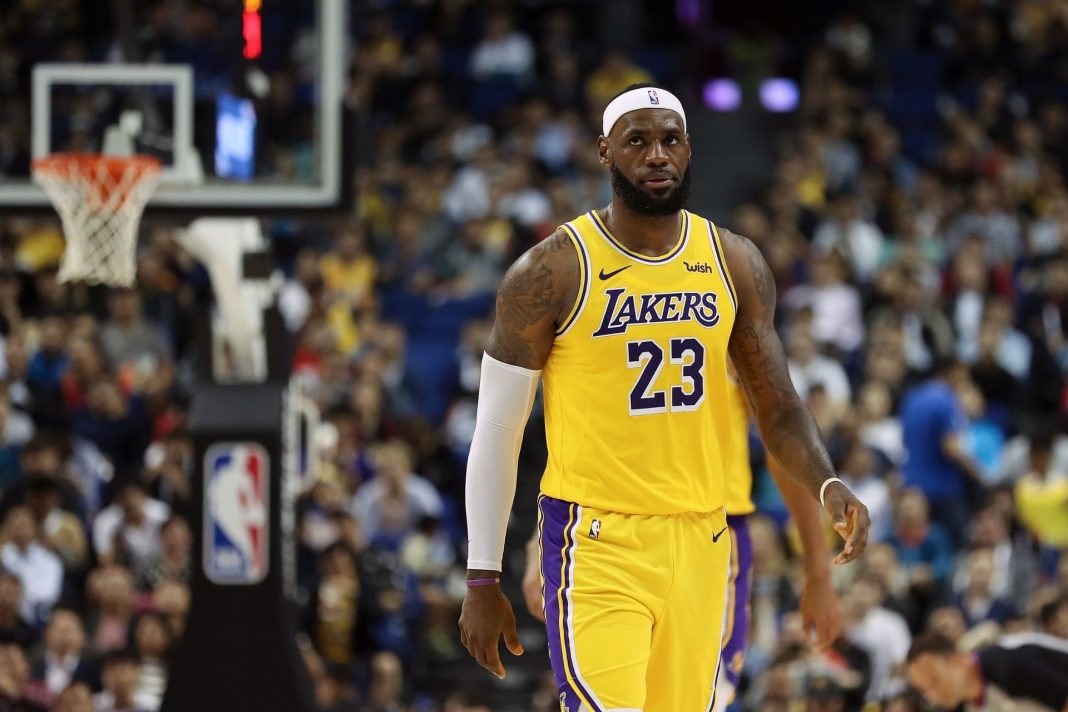 Los Angeles Lakers star LeBron James is the leader of the new generation of Trump-hating athletes.

But James’ political activism is causing some major problems.

And LeBron James picked a fight with a big Trump supporter that instantly blew up in his face.

UFC Champion Colby Covington is one of the biggest Trump supporters in the world of sports.

This past fall, he feuded with LeBron James after calling James and other “woke” athletes spineless following Covington defeating Tyron Woodley in a championship fight.

Following the celebrity fight, undercard of the Mike Tyson-Roy Jones, Jr. fight where YouTube sensation Jake Paul demolished former NBA slam dunk champion Nate Robinson in a brutal second round knockout, Covington boasted on social media that he would do the same to LeBron James if they ever fought.

“Heard they finally scraped @nate_robinson’s carcass off the @staplescenter floor. I’d make @kingjames eat the canvas in half the amount of time. Everyone knows current @NBA players are the softest and most privileged athletes on the planet,” Covington posted on Twitter.

That led to the gambling website sportsbetting.ag establishing Covington as a -2500 favorite in a hypothetical fight against James.

That means to win $100 betting on Covington a gambler would have to risk losing $2,500 if James somehow won.

During their feud this past fall, Covington accepted a challenge from James who previously called Covington a coward.

“Anybody can talk from outside but if they got into the ring or got into the arena, probably 10 times out of 10, they’d s— their pants,” James told the media in response to Covington calling him a coward.

“LOL at the snowflakes that believe @KingJames could even last 10 seconds with me! If that coward had the balls or the ability to kick anyone’s ass, Delonte West would’ve lost his teeth long before his meth,” Covington fired back.

The chances of a fight between James and Covington are virtually nonexistent.

But Trump supporters would love to see James put his money where his mouth is and step in the Octagon with Covington.