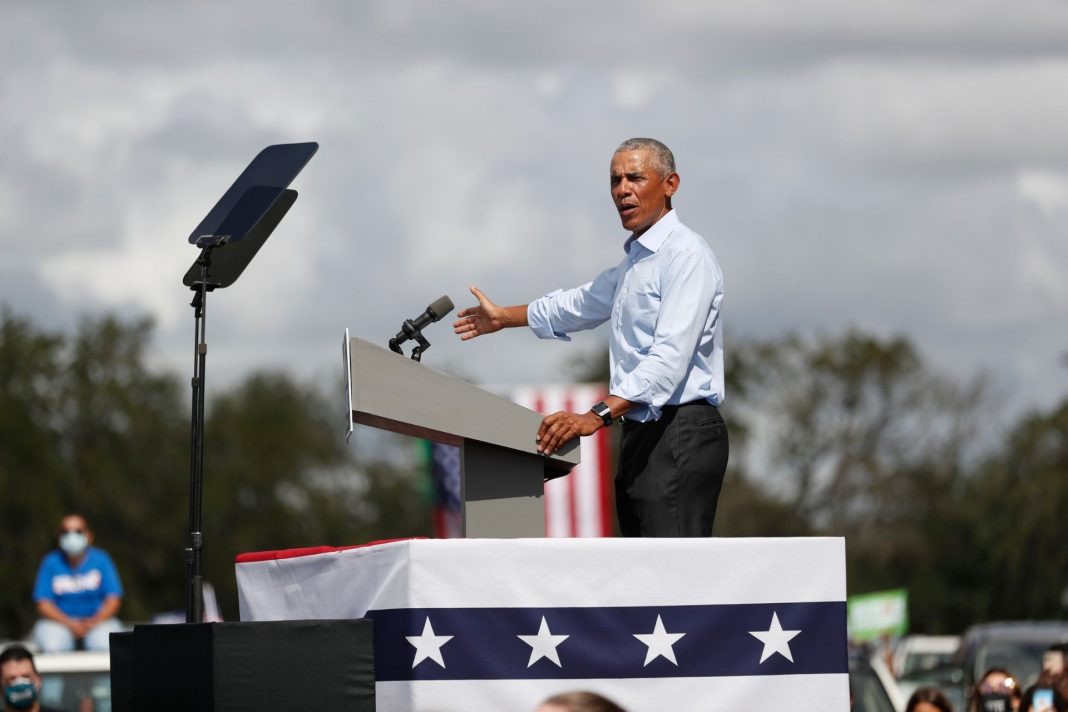 With just days before the Presidential election, Democrats are bringing out all their big guns.

Joe Biden and his allies believe this is the key to victory.

Democrats are leveraging every cultural institution under their control to try and defeat Donald Trump.

Sports and Hollywood are at the forefront of this movement.

NBA superstar LeBron James partnered with HBO on a series called The Shop with James inviting other athletes, artists, and entertainers into a barbershop where they have a free flowing conversation.

The episode before the election features Barack Obama in an effort to boost Biden’s support with black men – a demographic Donald Trump is over-performing with.

In Miami this weekend, I dropped by The Shop to talk with @KingJames and @MavCarter about the NBA bubble, the racial justice movement, and what's at stake over these next seven days.

Do not give up your power. Make a plan to vote: https://t.co/7zfJnABzx1 pic.twitter.com/2Gjf5L9avl

James responded to the clip of Obama announcing his appearance on The Shop by referring to Obama as “my President” and urging his followers to go vote.

“It was such an honor. My President giving us the perspective and motivation we need right now. GO VOTE!!!” James wrote on social media.

The Left has whined for weeks that Donald Trump will not accept the results of the election.

But LeBron James calling Barack Obama “my President” is another example of how it is really significant portions of the Left who have never accepted the results of the 2016 Presidential election.