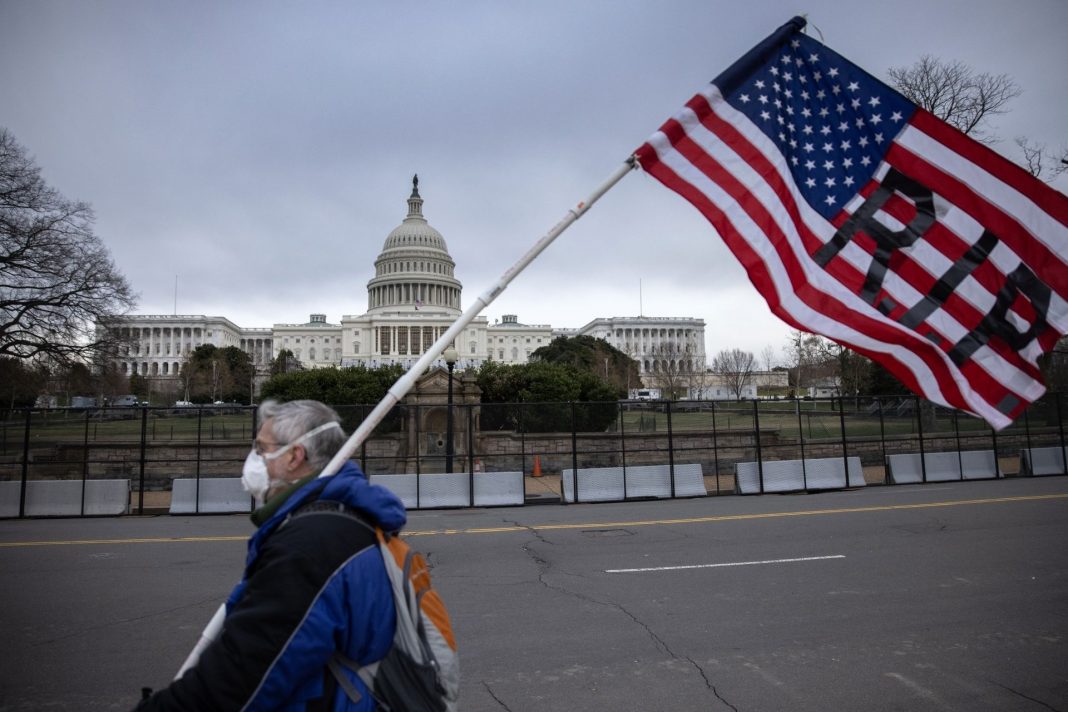 LeBron James and other NBA players were outraged at what they saw on TV Wednesday.

Their comments and actions took a predictably ugly and racially divisive turn.

And LeBron James told this giant lie about the Trump protest in Washington, D.C.

On Thursday, the Los Angeles Lakers lost to the San Antonio Spurs 118 to 109.

But the focus of nearly every NBA telecast on Thursday night was handing the spotlight to Black Lives Matter activist players and coaches to condemn the Trump supporters marching in Washington, D.C. that descended into a violent riot.

James led the way in falsely claiming the police treated the rioters with kid gloves because they were white Trump supporters.

“We live in two Americas,” James told reporters. “And that was a prime example of that yesterday, and if you don’t understand that or don’t see that after seeing what you saw yesterday, then you really need to take a step back — not even just one step, but maybe four or five, or even 10 steps backwards and ask yourself how do you want your kids, or how do you want your grandkids, or how do we want America to be viewed as? Do we want to live in this beautiful country?”

James then baselessly claimed that police would have mowed down Black Lives Matter protesters if they tried to breach the Capitol.

“If those were my kind storming the Capitol, what would have been the outcome? And I think we all know,” James added. “There’s no ifs, ands or buts – we already know what would’ve happened to my kind if anyone would have even got close to the Capitol, let alone storm inside the offices, inside the hallways.”

The violent riot at the Capitol was horrendous.

But the idea that the police facilitated the riot is nonsense.

Police shot a woman in the head who served in the Air Force for 14 years after she was part of a group trying to break into the Capitol.

She died from her injuries.

Three other rioters and one police officer also lost their lives.

This summer Americans watched in horror as Democrat Mayors and Governors ordered police to stand down and surrendered their streets to Black Lives Matter rioters.

There are no videos of the police shooting a Black Lives Matter protester in the head.

Black Lives Matter activists seized police precincts and burned them to the ground on live TV.

NBA players and their enablers in the media have now spun a completely false narrative around the riot in Washington, D.C.

And in doing so they whitewashed away the violence Americans watched with their own TV eyes this past summer.