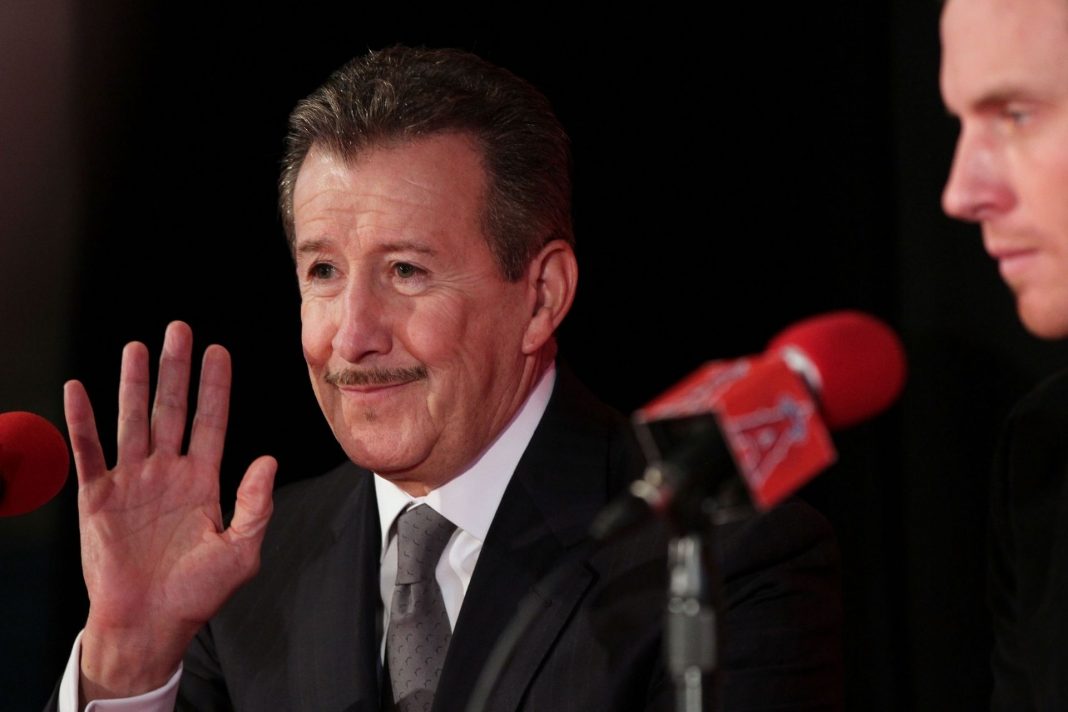 Every league has bent the knee to the leftist version of social justice in one form or another.

Public supporters of Donald Trump can sometimes be skittish because of the predictable backlash of hate inspired by the corporate press.

However, some high-profile owners in sports have remained friendly with Trump as the so-called “mainstream” media have tried to drive sports to the Left.

New England Patriots owner Robert Kraft and UFC impresario Dana White both have been unwavering in their support of Trump, and now Los Angeles Angels owner Arte Moreno expressed support for the president.

Appearing at a Latinos for Trump summit in Phoenix, Arizona, Moreno said, “We all know where we’ve been . . . It’s necessary to focus on today and the future, and it’s very necessary to vote for President Trump.”

Moreno, a Vietnam veteran and staunch Republican, endorsed Trump at a time when the press is trying to turn him into a James Bond villain on a daily basis.

Moreno is the second high-profile latino to endorse Trump; Goya Foods CEO Robert Unanue appeared at the White House with Trump and received a wave of backlash.

Congresswoman Alexandria Ocasio-Cortez and a cadre of Hollywood leftists tried to orchestrate a boycott of Goya products.

It failed spectacularly as conservatives countered with a “buy-cott” of Goya.

Moreno’s endorsement at the Latinos for Trump event is big because Joe Biden is doing worse than expected with Hispanic voters, as evidenced by his shameless pandering of playing “Despacito” on his phone while walking up to a podium.

A recent poll in Florida showed that Trump has a slight edge over Biden among Hispanic voters despite the fact Hillary Clinton won that same contingent with ease in 2016.

Despite constant media attacks of Trump’s immigration plan being “racist” and “xenophobic,” Trump did better among latinos in 2016 than did Romney in 2012, and he could be on pace to do better than he did in 2016.

Even though leftist media is trying to politicize sports as much as possible, there’s only so far they can push it.

Sports are the ultimate meritocracy and the results are not subjective, two realities leftists can’t stand.

There are assuredly more owners who think like Moreno, but any of them are reluctant to speak publicly.