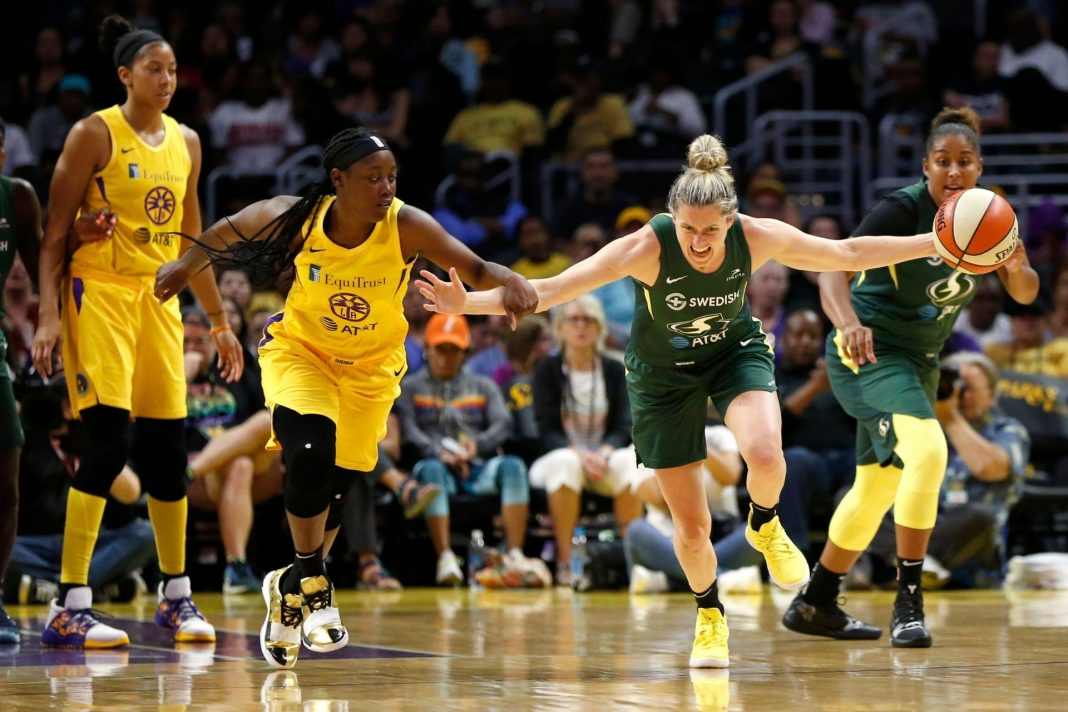 The WNBA has become one of the most unbearably “woke” leagues in all of sports.

This season, players for the Seattle Storm and New York Liberty literally walked off the court right before the national anthem.

Now leftists are making this insane comparison of a WNBA player to one of the NBA’s biggest stars.

Leftists refuse to give up on their terrible ideas.

The gender pay gap myth was debunked nearly 40 years ago, but it persists today.

And the push for “equal pay” has picked up more momentum in the current woke crisis in which the country finds itself.

People on the Left are now decrying the compensation differences between NBA and WNBA players.

This is absurd and illustrates the warped mindset of the Left.

It’s the same leftist impulse that can’t understand why a CEO makes orders of magnitude more money than an elementary school teacher.

Despite the NBA’s abysmal playoff ratings – they got woke and went broke – the league still draws millions of viewers and sells billions in sneakers and apparel.

Meanwhile, the WNBA has a fan base approaching zero.

In fact, the league is completely insolvent.

If not for the largesse of the NBA, the WNBA would’ve folded ages ago.

The WNBA is essentially a nonprofit organization that burns $10 million each year.

Nobody knows how many teams are in the league (12), who won the most recent championship (Seattle Storm), or who the reigning league MVP is (A’ja Wilson).

Literally, our Sports with Balls team of experts had to look it all up because no one knew it off the top of their heads.

The only time the league makes any headlines is when players complain about not making as much money as NBA players or not garnering the attention they feel they deserve.

Bird told CNN, “To be completely blunt, but also kind of simple, soccer players generally are cute little white girls. And I think basketball players, we’re all shapes and sizes . . . It’s 70-80% Black women, a lot of gay women. We’re tall; we’re big. And I think there’s just maybe this intimidation factor with that.”

It couldn’t possibly have anything to do with the fact that the WNBA is a far inferior product to the NBA.