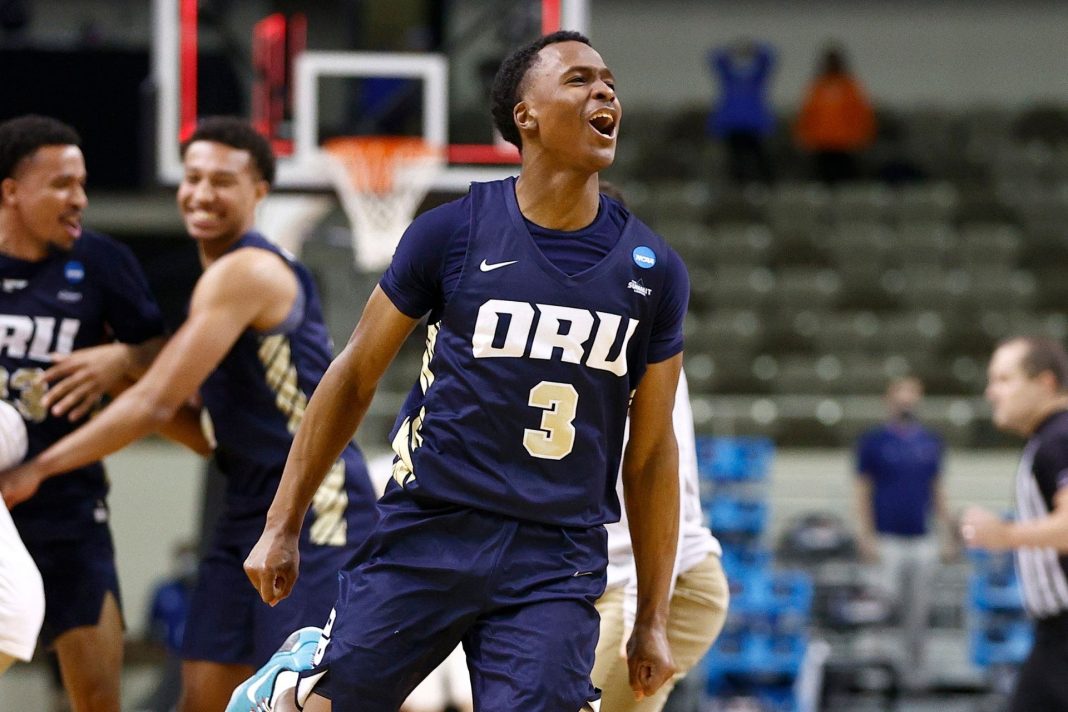 Every year there is one underdog that emerges from the pack and makes a run in the NCAA tournament.

They usually catch the hearts of the nation as they strive to accomplish something no one believed they could do.

But leftists attacked this year’s NCAA basketball Cinderella team, Oral Roberts, and want them banned from the NCAA tournament

Everyone likes a good Cinderella team.

All the way back in 1983, NC State laid the groundwork for all other “Cinderella teams” to follow.

That year, the Wolfpack were a number six seed and beat all the doubters as they won the National Championship under legendary coach Jim Valvano.

#OnThisDay In 1983: Jim Valvano and underdog NC State beat Houston for the title off of this Lorenzo Charles buzzer beating dunk:pic.twitter.com/h9lgV465su

And since then, notable Cinderella teams like George Mason, VCU, Butler, and Florida Gulf Coast mesmerized the sports world as they worked their way through big dogs of the NCAA Tournament.

But this year’s Cinderella team is definitely Oral Roberts University as they are a number fifteen seed that is heading to the sweet sixteen as they face Arkansas tonight, one of the best teams in the SEC.

And so far they have already beaten Ohio State and Florida to make it this far.

But even with their amazing story to make it this far as a number fifteen seed, leftists want them out of the NCAA tournament.

Not because of a violation on the court, but because they come from a Christian university.

USA Today’s writer and obvious leftist Hemal Jhaveri claims that Oral Roberts’ evangelical beliefs that it implements on campus are “deeply bigoted anti-LGBTQ+ polices [that] can’t and shouldn’t be ignored.”

And for their “sin” of following a biblical worldview as a Christian university, she wants Oral Roberts to be “condemned by the NCAA” and ultimately banned from participating in NCAA competitions.

Leave it to a leftist to ruin a good Cinderella story.

They are always for free speech and diversity until it contradicts their beliefs.

But as the Left attacks Oral Roberts, conservatives are now more willing to cheer them on as they make a run for the NCAA championship.