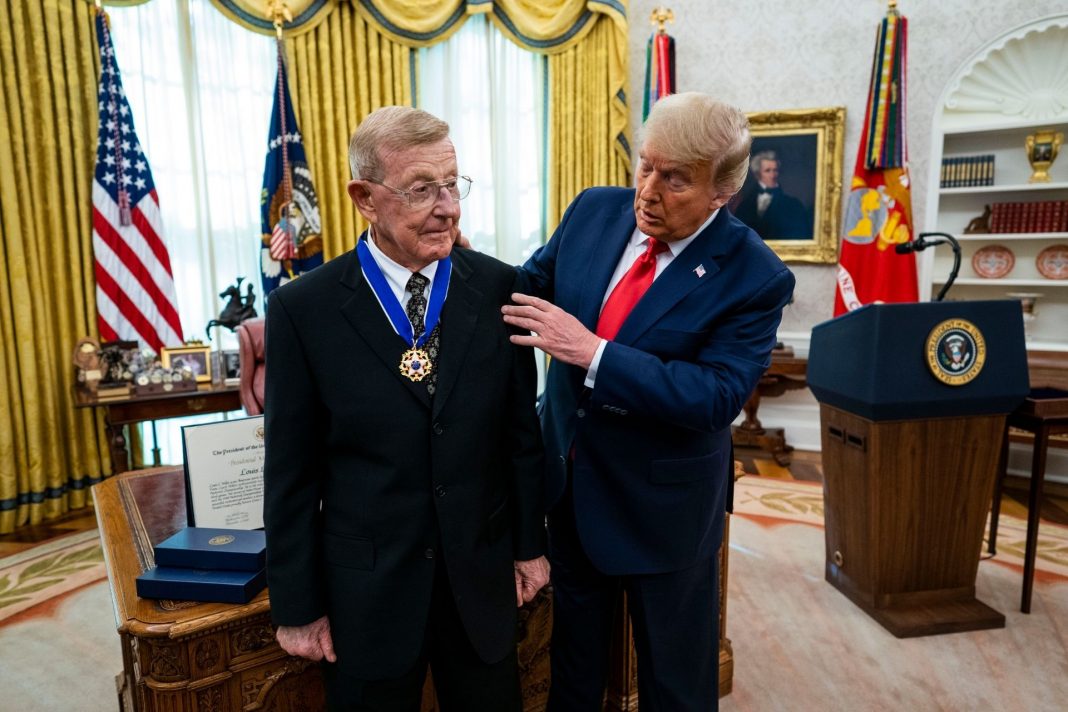 The sports world is becoming more political each year.

And many athletes and coaches have spent the past four years viciously attacking President Trump.

But legendary football coach Lou Holtz received the Presidential Medal of Freedom and you won’t believe what he said about President Trump.

The days of just throwing back a cold one as you watch a game to get away from the real world are long gone.

Every time you try to watch a college or professional game you get bombarded with “woke” political messages.

Even players and coaches try to throw their two cents in to satisfy the politically correct “woke” outrage mob as they attack President Trump relentlessly.

Just think back to earlier this year when Spur’s coach Gregg Popovich went after Trump by saying “If Trump had a brain, even if it was 99 percent cynical, he would come out and say something to unify people. But he doesn’t care about bringing people together. Even now. That’s how deranged he is.”

But even through the attacks, President Trump still shows his support and admiration for sports.

You can see President Trump’s video commemorating the award below.

Not only is Lou Holtz one of the greatest college coaches with two national championships but he is also an avid Trump supporter.

After receiving the award, Coach Holtz explained how much history is behind the award and declared, “I’m even prouder to receive it from President Donald Trump.”

He went on to call President Trump “the greatest president in my lifetime.”