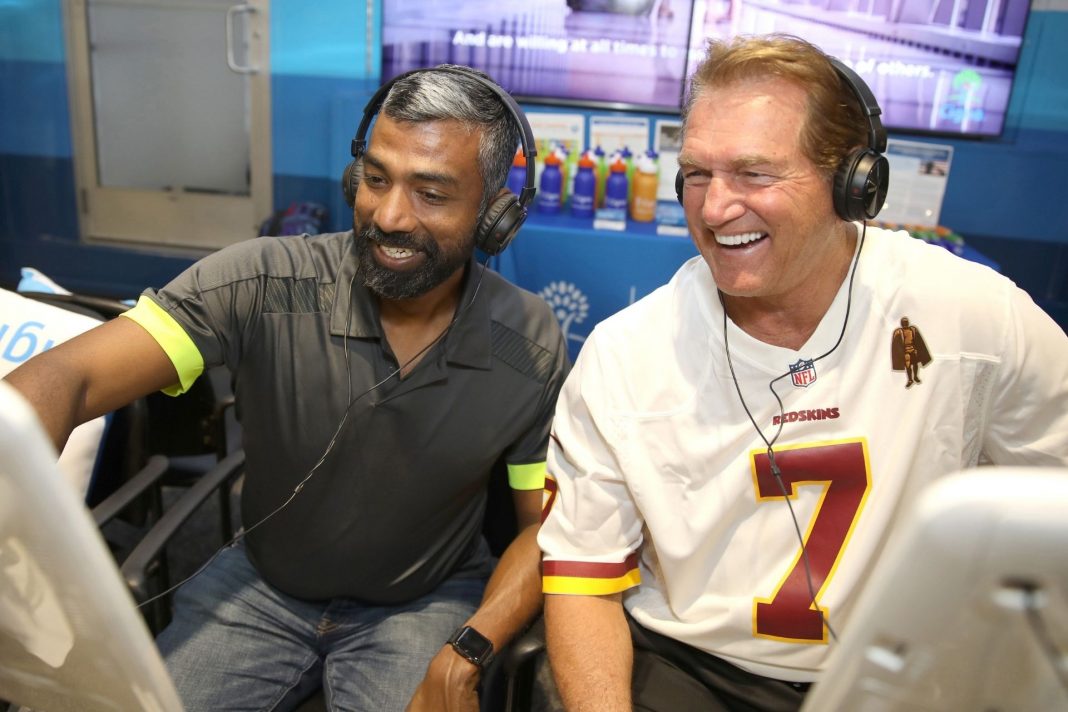 Joe Theismann is one of the greatest quarterbacks of all time.

That’s why many were eager to hear what he had to say about Aaron Rodgers’ situation in Green Bay.

And the legendary quarterback Joe Theismann didn’t hold back any punches about Aaron Rodgers.

Joe Theismann was a stud on the football field.

He logged over 25,000 passing yards for the Washington Redskins and led them to two Super Bowl appearances while earning one Super Bowl ring.

In 1983, Joe Theismann became the first QB to lead his team to score more than 500 points in the regular-season and was named NFL MVP. pic.twitter.com/XsalpHy82O

Theismann later became a regular on sports news with his over-the-top commentary on current events in the NFL.

That’s why everyone was eager to hear about his thoughts on Aaron Rodgers’s situation in Green Bay.

While on Fox Business’ Varney & Co., Theismann was asked about the situation and he stated, “It is a feud.”

It started two years ago when the Packers traded up for Jordan Love, the young quarterback out of Utah State, I believe. Aaron wasn’t happy. He felt like the football team needed something else and didn’t get it. Now he goes out and becomes and MVP and basically what he says to the Green Bay Packers is, ‘Look you traded up for the young man, now he’s yours. How about letting me go?

He then stated the obvious saying that “I think Aaron Rodgers is underpaid, certainly underappreciated, for what he’s been able to do.”

The big question this summer for the NFL is going to be where does Aaron Rodgers end up.

Someone of Aaron Rodgers’ talent could land the starting job at quarterback in 30 teams in the league.

But time will tell to see what happens with the legendary gun slinger.