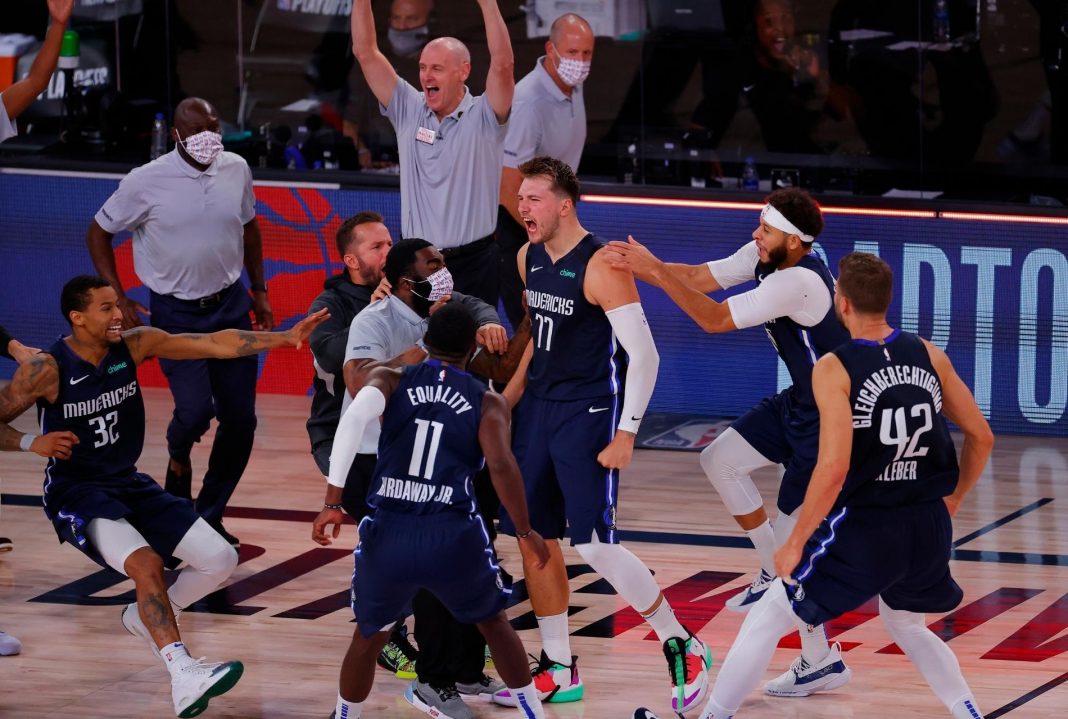 The NBA playoffs are heating up.

Tensions flared in the Clippers-Mavericks series when one Clippers player lobbed a disgusting racist insult at Mav’s star Luka Doncic.

But Doncic got the last laugh in Game 4 with this legendary performance.

But Doncic answered with a 43-point triple-double in Game 4.

To top it off, Doncic hit a buzzer-beating 3-pointer to seal victory for the Mavs – just feet away from the Black Lives Matter logo on the court.

Many fans have been turned off by the league’s constant injection of racial politics.

From painting the court with “Black Lives Matter,” to BLM-approved political slogans on jerseys, and every other commercial being about so-called “racial justice,” fans are sick of the League catering to extremists.

And the proof is in the pudding.

As Sports with Balls recently reported, the NBA ratings are a disaster.

The NBA is the incarnation of “get woke, go broke.”

After Harrell lobbed his racist insult, Doncic handled it like champ and allowed his game to do the talking.

That’s what fans want to see more of.

With the series knotted at 2 games apiece, fans may be in for more fireworks in Game 5.