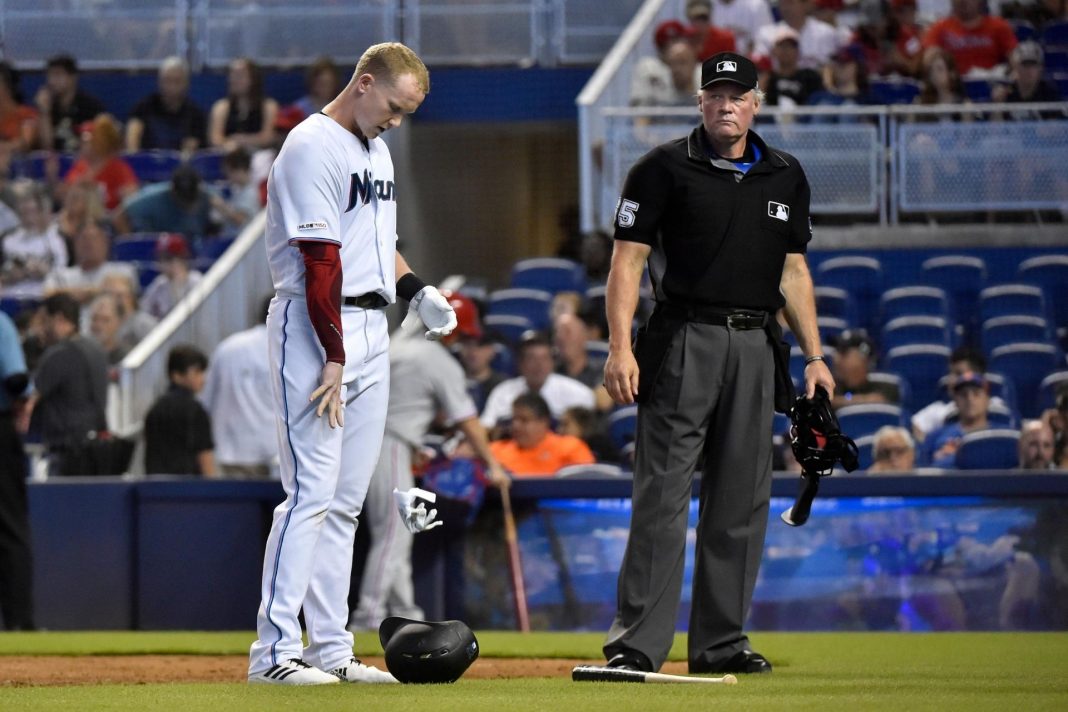 Major League Baseball was the first major American professional sports league to return to play during the coronavirus pandemic.

Americans were thrilled as sports coming back was one step toward a return to normal life.

But now Major League Baseball just made a disturbing discovery that could cancel the season.

Major League Baseball’s opening saw record TV ratings as the start of the 60 game season was overshadowed by players protesting during the national anthem and the league publicly embracing the Marxist Black Lives Matter political movement.

Now baseball has an even bigger problem on its hands.

14 players and coaches for the Miami Marlins tested positive for coronavirus forcing the postponement of their Monday game against the Baltimore Orioles.

Eight more players and two coaches with the Miami Marlins have tested positive for COVID-19, as an outbreak has spread throughout their clubhouse and brought the total of cases in recent days to at least 14, sources familiar with the situation tell me and @JesseRogersESPN.

Baseball also postponed the Philadelphia Phillies contest against the New York Yankees because the Phillies played the Marlins over the weekend.

The league announced it would hold an emergency meeting on Monday to discuss how and if the season would proceed.

Fans were alarmed that baseball couldn’t even make it four days before an outbreak of coronavirus ran through one team and forced games to be postponed.

If baseball couldn’t make it one weekend this raised concerns among the public about whether football can return this fall and play a full 16 game season.