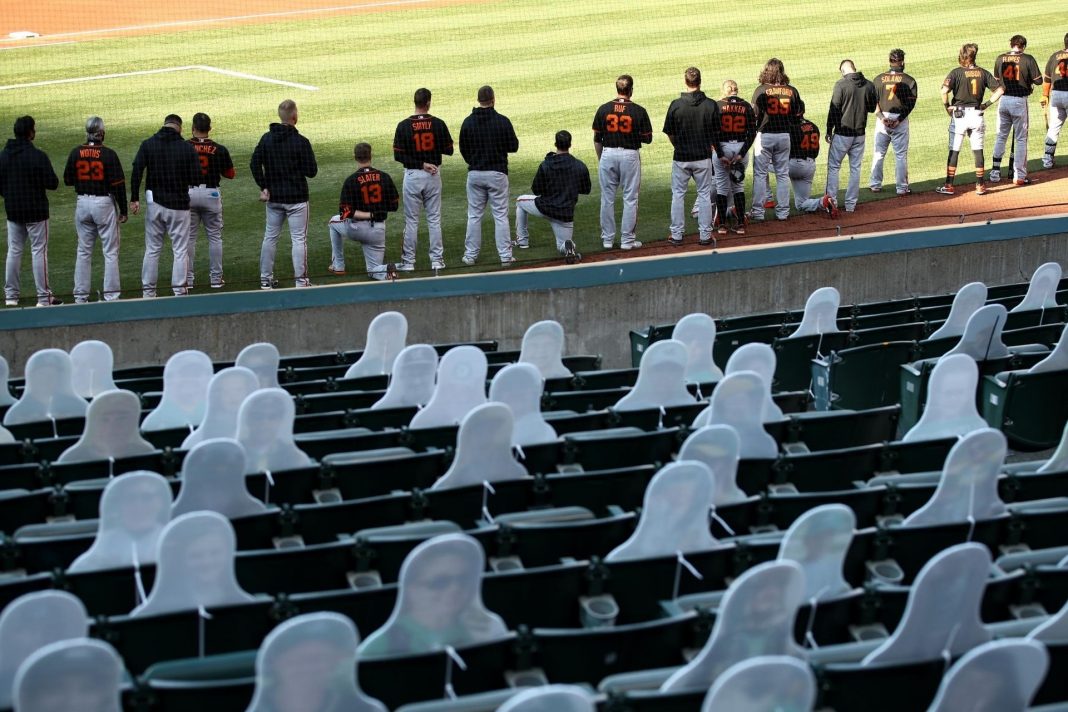 And it’s all because Major League Baseball just made one insane national anthem change.

Baseball largely stayed out of the “go woke” movement in pro sports over the last two months because the players and owners were locked in a bitter negotiation about compensation in a shortened season.

But rather than avoid all the political battles to try and rebuild the goodwill owners and players squandered with the bickering over how much players would be paid for a 60 game season, baseball decided to pick now to cast their lot with Black Lives Matter and dishonor the memory of America’s veterans.

Members of the San Francisco Giants kneeled during the national anthem before a recent exhibition game and the anti-American protest was highlighted and praised by Major Leaguer Baseball’s official Twitter account.

Members of the @SFGiants kneel during the National Anthem. #BlackLivesMatter pic.twitter.com/QbvAvCZiEs

Fans called out the anti-American flag protests and Major League Baseball outrageously claimed a protest during the national anthem and when the flag is being presented somehow has nothing to do with the fag or the anthem.

It has never been about the military or the flag. The players and coaches are using their platforms to peacefully protest.

Baseball will play this season with no fans in the stands.

If the league has decided that promoting a movement to disrespect the American flag and the military is the path forward they might as well get used to empty seats.