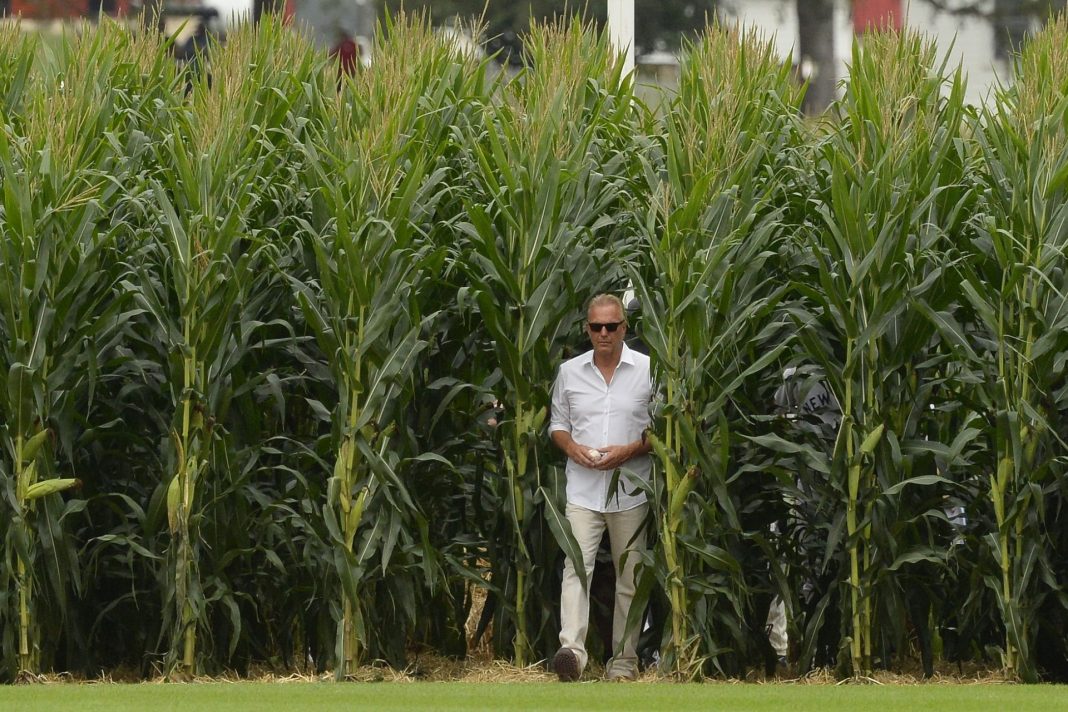 But in one night that all changed.

And that’s because Major League Baseball just saved its season with this Hollywood inspired game.

On Thursday night, baseball staged the “Field of Dreams” game.

Inspired by the classic 1989 Kevin Costner movie Field of Dreams, baseball built a 4,000-seat stadium in the same Iowa cornfield where Costner’s character Ray Kinsella built a diamond after hearing a voice tell him “if you build it, they will come.”

Kinsella originally thought the voice was telling him to build the field for “Shoeless Joe” Jackson, a member of the disgraced 1919 Chicago “Black Sox” who took money to dump the World Series and whom Commissioner Judge Kennesaw “Mountain” Landis banned from baseball for life.

Jackson and his fellow “Black Sox” all eventually appeared at Kinsella’s baseball field and began holding games with other baseball legends from the past.

The game was supposed to be played last year but was canceled due to COVID.

This year, baseball could not have scripted a better event.

The game began with Kevin Costner walking through the corn and onto the field.

Just as in the movie, the players emerged from the corn onto the diamond with the Yankees and White Sox wearing 1919 style uniforms.

As for the play on the field, it followed a Hollywood script.

The Yankees rallied from down 7-4 in the top of the ninth to take an 8-7 lead on the strength of a pair of two-run homers by Aaron Judge and Giancarlo Stanton.

But the White Sox won in dramatic fashion as Tim Anderson cranked a game-ending two-run bomb in the bottom of the ninth inning to give Chicago a 9-8 victory.

A #walkoff into the corn at #MLBatFieldofDreams.

This game was a home run in every sense of the word.

It was a feel-good moment for a sport that desperately needed one.

And it looks like this will now be a yearly tradition for baseball.