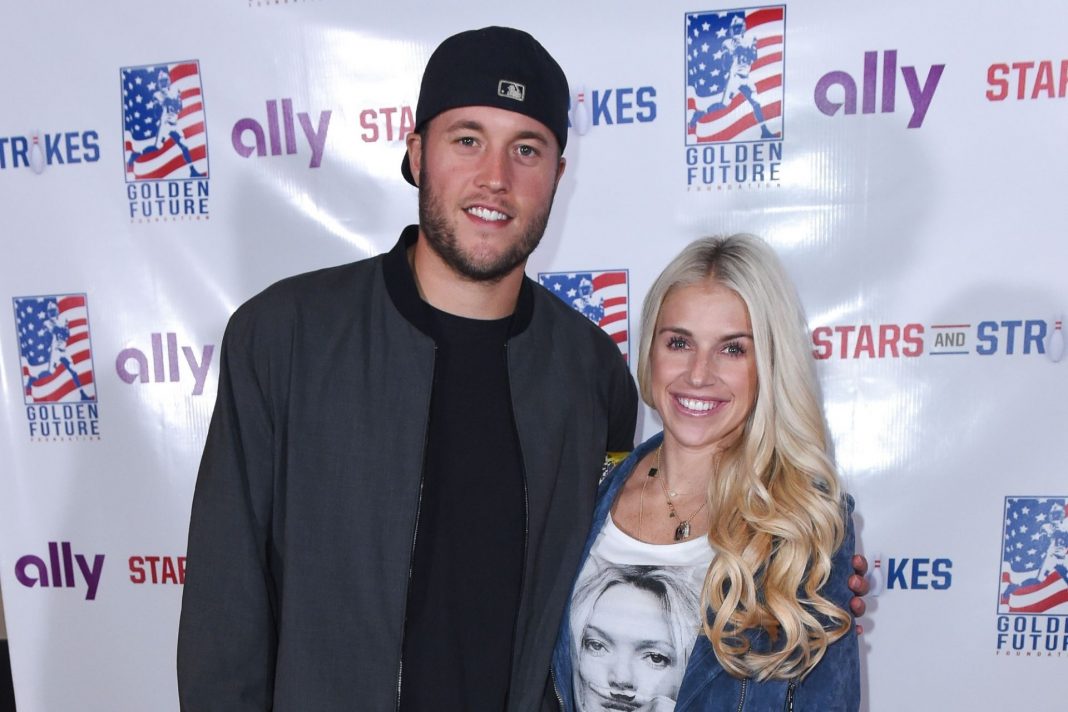 Many NFL teams are hard up for a good quarterback with an arm.

Some teams are scrambling to find their next quarterback before the next season.

But Matthew Stafford’s wife showed that she has a better arm than her husband by what she did to this fan in the stands.

The quarterback is the most important position in professional football.

They can make or break, not only a game, but a team’s whole season.

Just look at the difference a team looks and plays when they have their starting quarterback versus their back up.

But among all of the teams in the NFL, the Los Angeles Rams have, without a doubt, one of the best quarterbacks in the league in Matthew Stafford.

Matthew Stafford has been a stud on the field so far this season since trading to the Rams.

We are just about half way through the season and he has already thrown 24 touchdowns.

But in the Stafford household, it is clear that he isn’t the one with the best arm.

Kelly Stafford, Matthew Stafford’s wife, had to be escorted out of the stands during the Monday night game versus the 49ers because she literally hit a fan in the face with a pretzel.

One self-proclaimed Rams fan exclaimed, “Who do you think you are to do such a thing? You are lucky you didn’t hit me with it because the outcome would have been different for YOU.”

The ability to throw a pretzel with perfection to hit a guy in the face is a skill that shouldn’t be overlooked.

The Rams better sign her before she isn’t a free agent anymore.