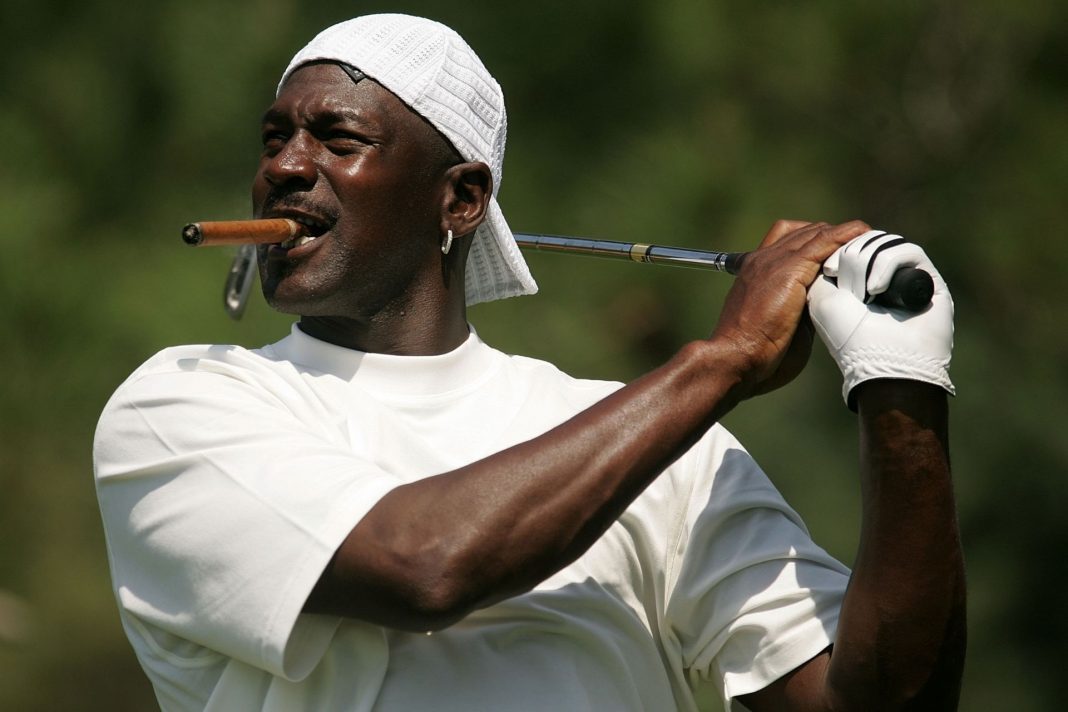 Few people are more of an icon in sports than Michael Jordan.

From basketball to baseball, Jordan might be one of the greatest athletes of all time.

But now Michael Jordan is revolutionizing the game of golf and you will be amazed at how he is doing it.

He really was like a full grown man among boys during one of the greatest eras in NBA history.

And just for good measure he even took a season off from the NBA to have a pretty decent career in the MLB.

Since he retired, he bought the Charlotte Hornets and has grown his shoe and clothing line into one of the biggest brands in the world.

Literally everything this sports legend touches turns into gold.

Now the G.O.A.T is getting his feet wet into golf by buying a golf course.

For one, Jordan got some souped-up, Bobby Boucher-style golf carts that reportedly go up to 35 mph.

And now he is bringing the most revolutionary invention to the world of golf . . . beer delivering drones.

Drones that bring you a cold one while on the course.

Michael Jordan's course, The Grove XXIII… well its just the future!! Spent all morning trying to book on here!

The world of golf will never be the same thanks to Michael Jordan.