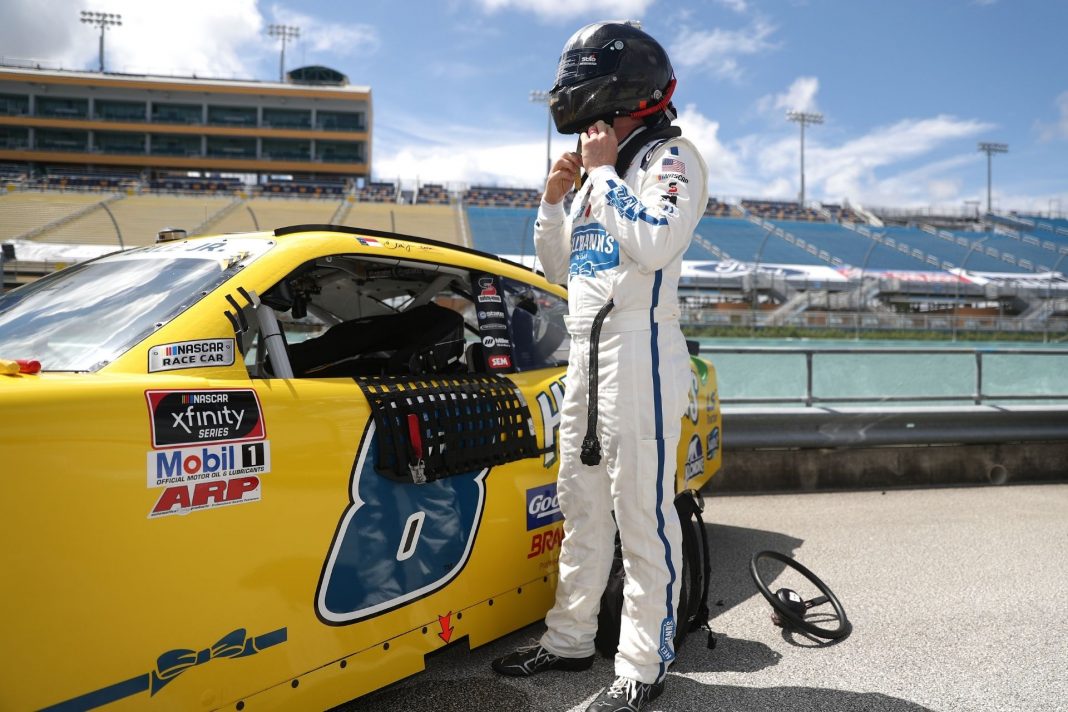 No matter the sport, fans know that there will come a day when their favorite athlete has to call it a career.

But when a popular athlete has to retire a few years before fans expected them to, it certainly leaves a void for many.

That’s why NASCAR fans will be thrilled to know this legend is getting back behind the wheel sooner rather than later.

Unlike any other sport, NASCAR has a long list of family names that carry a tremendous amount of weight in the sport.

Back in 2017, when Dale Earnhardt Jr. announced that he was retiring due to issues with concussions, many fans were left without an Earnhardt to cheer for on Sundays for the first time since 1979.

Dale Jr. stepped up after his father’s tragic passing in the 2001 Daytona 500, inheriting and growing his father’s considerable popularity to become NASCAR’s most popular driver for a record fifteen consecutive years.

He may not have won championships like his father, but Dale Jr. was able to win over millions of fans around the world, and took the sport into the mainstream in ways no driver before or since was able to do.

So, since his retirement, Dale Jr. has tried to run at least one Xfinity Series race every year in order to give back to his fans – even if it’s rather obvious that part of his motivation was to satisfy his desire to keep racing.

This season, though, fans have been left waiting, and wondering, if they’d see their favorite driver climb behind the wheel in 2021.

But earlier this week, Dale Jr. finally let the world know that he will be getting back behind the wheel of his JR Motorsports Chevrolet in the Xfinity Series race at Richmond Raceway on September 11.

And because that race is on the 20th anniversary of the 9/11 terrorist attacks, he’ll be running a special “United For America” paint scheme honoring the victims.

Never forget. Two decades after the 9/11 attacks, @dalejr unites with @unileverusa for a meaningful @nascar_xfinity return on Sept. 11. pic.twitter.com/aEEtTbwowx

“It’s hard to believe it’s been 20 years since that terrible day,” Earnhardt Jr. said. “The spirit of unity and togetherness our country felt on Sept. 11 is just as relevant now as it was then. I’m honored to be driving this car, and championing Unilever’s United for America program.”

The paint scheme, which Dale Jr. personally helped design, is meant to mirror the 9/11 Memorial and Museum’s Tribute in Light, the tradition that began in 2002 in which two beams of light extend four miles into the sky to reflect the shape and orientation of the Twin Towers.

“The No. 8’s blue-and-white paint scheme similarly features four spotlights representing the Twin Towers, the Pentagon and the Flight 93 Memorial site in Shanksville, Pennsylvania with the axiom ‘Never Forget’ on the lower-rear quarter panel, paying tribute to the brave souls lost during the terror attacks,” JR Motorsports said in their release.

Richmond has certainly been good to Dale Jr. in his most recent Xfinity Series races at the track, giving him his last win in that series in 2016, and serving as his first race post-retirement in 2018, which he almost won, leading the most laps before finishing fifth.

On this week’s episode of his podcast, The Dale Jr. Download, he made clear that part of the reason he chose Richmond was because of his comfort at the track, especially considering there will not be any practice or qualifying prior to the race as part of NASCAR’s continuing COVID precautions.

There’s no doubt that fans will pack Richmond Raceway to whatever capacity they’re allowed to have that weekend just so they can see one of the sport’s most popular drivers back on the track.

Dale Jr. has certainly been competitive in the three races he’s run so far since his retirement, finishing in the top-5 at Richmond, Darlington, and Homestead.

So, who knows, maybe this is the year he puts it all together, and gets an Earnhardt back in victory lane.