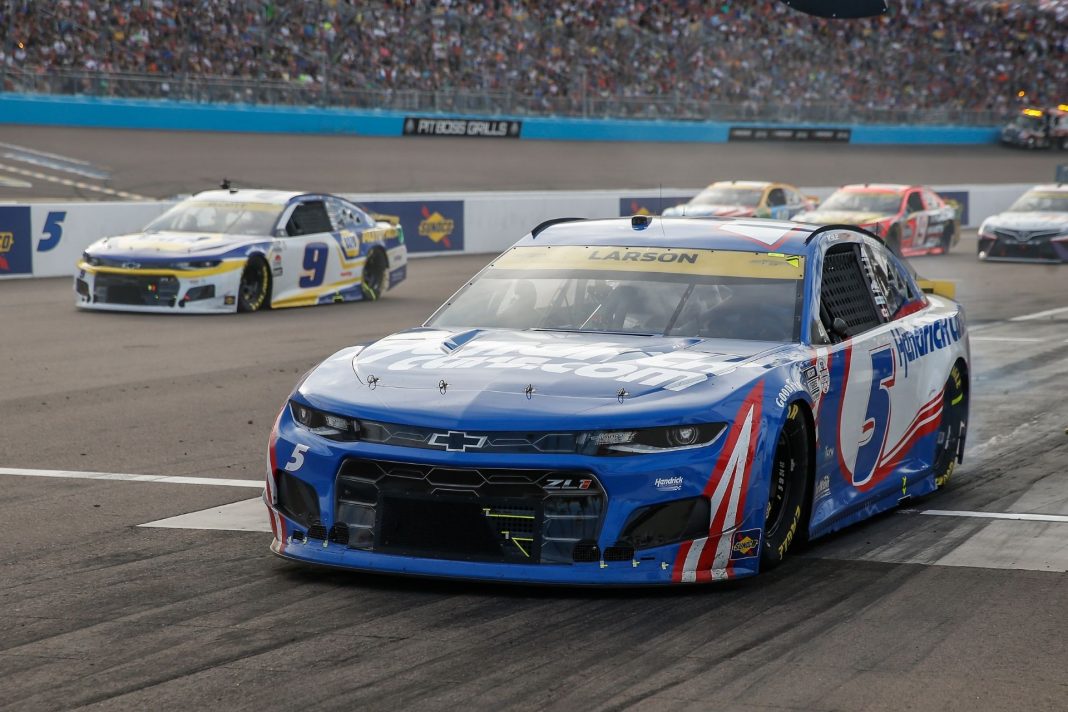 “Let’s go, Brandon” is a chant that is growing in popularity at sports stadiums across America.

But one major sports organization is trying to shut down the chant.

And NASCAR just drew an infuriating line in the sand on the “Let’s go, Brandon” chant.

If you need any more evidence that NASCAR is now woke, look no further than NASCAR President Steve Phelps’ comments on the increasingly popular “Let’s go, Brandon” chant that originated at a NASCAR event.

An NBC sports reporter interviewed driver Brandon Brown after his victory and fans in the background could be heard chanting “F*ck Joe Biden!”

The reporter tried to cover up for Biden by gaslighting viewers into thinking they were chanting “Let’s go, Brandon,” and the slogan became an inside joke conservatives could chant to mock Joe Biden, which infuriated the corporate-controlled media.

But Phelps just showed NASCAR is another American institution captured by the Left.

In an interview with Fox News, Phelps disavowed the “Let’s go, Brandon” chant and complained that Americans expressed their opposition to Joe Biden.

“It’s an unfortunate situation, and I feel for Brandon, I feel for Kelli,” Phelps stated. “I think, unfortunately, it speaks to the state of where we are as a country. We do not want to associate ourselves with politics, the Left or the Right.”

NASCAR and Phelps never whined about the multiple profane protests against President Trump during his time in office.

Phelps also had no problem with NASCAR embracing the violent terrorist group Black Lives Matter after the controversial driver Bubba Wallace falsely claimed a noose was found hanging in his garage.

This was another hate crime hoax that NASCAR gladly played along with to virtue signal and prove the organization’s wokeness.

“We will pursue whoever (is using logos) and get that stuff,” Phelps added. “That’s not OK. It’s not OK that you’re using our trademarks illegally, regardless of whether we agree with what the position is.”