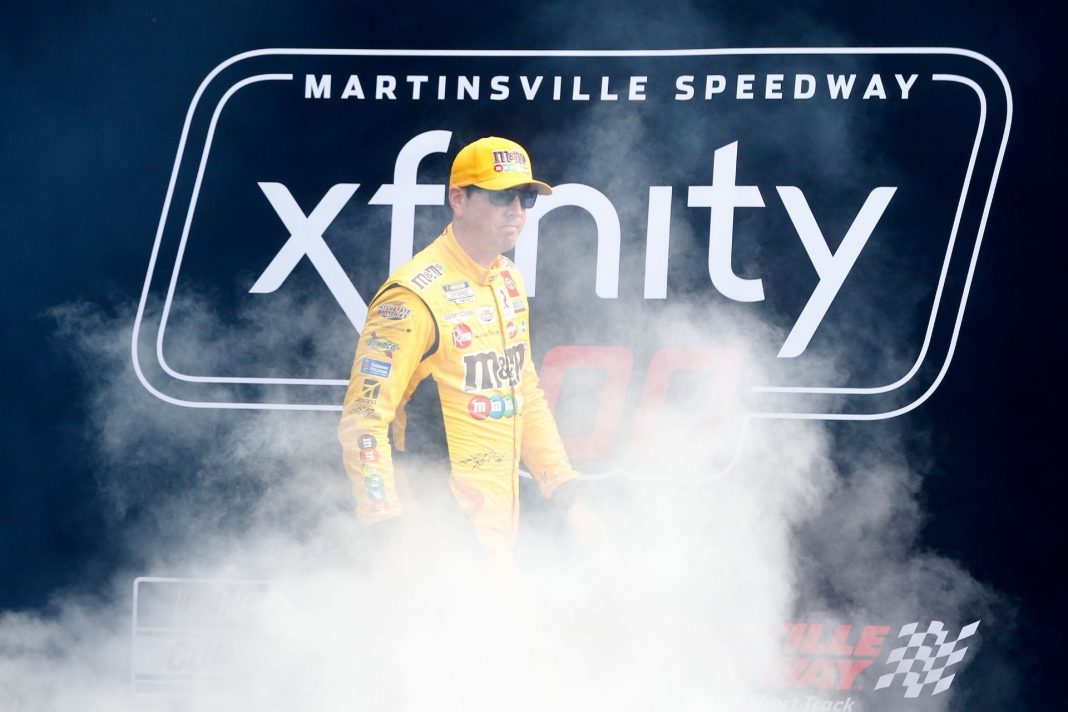 NASCAR used to be a real man’s sport that was worth watching.

But the racing giant is now going down the toilet by catering to the woke outrage mob.

And NASCAR just hit an all-time low as they punish Kyle Busch for saying one common word.

Of all the sports that have taken a decline over the years, NASCAR has to top that list.

The stands used to be filled, the league used to not give a rats behind about anything, and drivers used to actually have a pair.

Now NASCAR can’t buy people to show up to their races and they would develop a hernia over anything close to what the good old days of NASCAR used to be like.

Just think about it.

What’s NASCAR best known for over the past two years?

They caved to the woke idiocy of Bubba Wallace, who tried to make a race-baiting issue out of literally a garage pull down rope.

Bubba Wallace went on @cnn last night and continues to insist a garage pull rope was a noose. He deserves blame here for continuing to propagate this lie. pic.twitter.com/QI6uVV86Nn

They are throwing a fit because Kyle Busch used the forbidden r-word!

Kyle Busch was having a bad day at Martinsville after Brad Keselowski hit him during the tail end of the race.

So in true Kyle Busch fashion, he let his feelings known about the incident to the press and while doing so he used the word “retarded.”

After the race, Kyle Busch called out Brad Keselowski for his move for second on the last lap.

BUT… if Alex Bowman were to fail post-race inspection, Kyle beat Brad for second and would get the win. #Championship4 #NASCAR pic.twitter.com/eF0sFr0qds

Now NASCAR is punishing Kyle Busch for saying the forbidden r-word by making him sit through sensitivity training.

You know it’s a sad day in NASCAR when even Ricky Bobby and his crew (Talladega Nights was endorsed by NASCAR) couldn’t make it in today’s woke racing league.

This NASCAR driver had a historic achievement in his sights. Then all hell broke loose