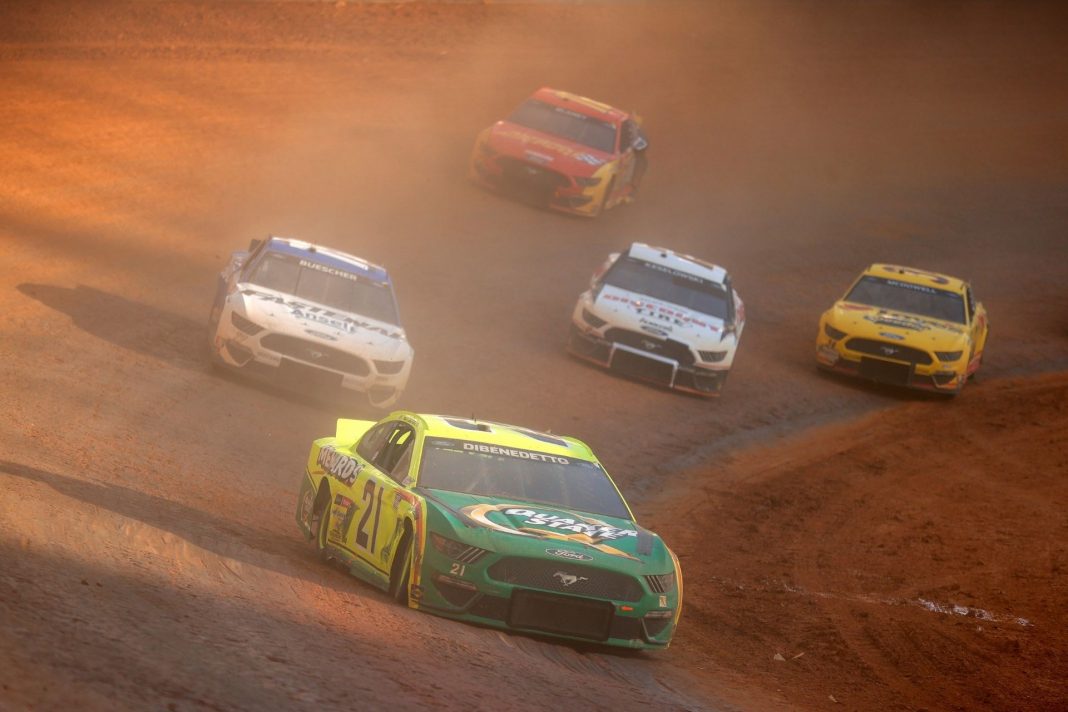 NASCAR, more than almost any other sport, saw the uncertainty of the past year as an opportunity to experiment.

Running mid-week races, ditching qualifying and practice, and utilizing iRacing were just a few of the changes that allowed the sport to gauge fan interest in a host of proposed ideas.

And now, despite it being a rather tumultuous weekend, NASCAR seems completely undeterred by the issues their first dirt race in over 50 years presented.

This past weekend was rather historic for NASCAR.

With Bristol Motor Speedway’s concrete surface covered in over 2,000 truckloads of dirt, NASCAR was able to host their first race on dirt since 1970.

DIRT TRACK RACING IS BACK in @NASCAR! (Via NASCAR) pic.twitter.com/4WyOyrv80B

On top of that, the 250 lap event was the longest dirt oval race in the history of the discipline, and with Joey Logano ultimately bringing home the hardware, there have now been seven different winners in the Cup Series in the first seven races of the season for the first time since 2014.

Quite frankly, there was a ton for NASCAR to be excited about once the dust finally settled.

But while it was a historic weekend for the sport, the event also presented plenty of challenges and issues for the teams, the track, and the sport as a whole.

It all began with Friday’s practice, as drivers began to notice that the dirt surface wasn’t exactly holding up as it should, causing literal potholes to form, and so much dust that drivers often couldn’t even see the car in front of them.

I’m no dirt expert, but I know this dust is pretty insane… #NASCAR pic.twitter.com/wc9zqOhgOb

Should I report this crater to NASA??? pic.twitter.com/e3fBAqh6Wb

To make matters worse, heavy rains throughout the weekend caused the cancellation of qualifying for both the truck and Cup Series because mud was caking up on the nose of the car, causing them to overheat, and covering drivers’ windshields making what visibility they had non-existent.

Flooding ultimately postponed both races until Monday, where the dust once again proved to be a major issue during the Cup Series race forcing NASCAR to make an unprecedented in-race rule change that abandoned double-file restarts for single-file restarts to help the drivers see what was in front of them just a little better.

Ultimately though, the races did produce some exciting side-by-side racing at points, even though that was often interrupted by the number of caution flags thrown.

And even though they many faced issues, NASCAR isn’t going to stop them from trying it all again next season either.

In fact, before the Cup Series race was even completed, NASCAR and Bristol Motor Speedway announced that they were doing it all again in 2022.

The NASCAR Cup Series will return to the @BMSupdates dirt next spring! pic.twitter.com/ZWT9soMCQz

Don’t get it twisted, once some of the kinks were worked out and the race actually happened, it was fun to see a Cup Series race back on dirt.

There were plenty of incredible moments, and there’s nothing better than seeing the best racers in the world challenged the way they were this past weekend.

At the same time, we’re once again talking about taking away a race from the traditional Bristol Motor Speedway, “The Last Great Colosseum,” the track where more chaos and rivalries are created than any other track in the world.

The issues NASCAR had with the dirt at Bristol this past weekend will likely pop up again next year, and while they may now know how to handle them better, it just wouldn’t be as big of an undertaking and as risky of a proposition if they just ran a race on an actual dirt track.

It doesn’t have to be an “either or” situation where we can either have the incredible races Bristol has produced for decades or we can have a dirt race, but not both.

At least NASCAR is finally willing to take on these challenges, trying to mix things up and listen to the fan base after years of seemingly neglecting the on-track product.

That’s certainly a nice change of pace, and will hopefully lead to even more great racing than we’ve already seen early in this season.