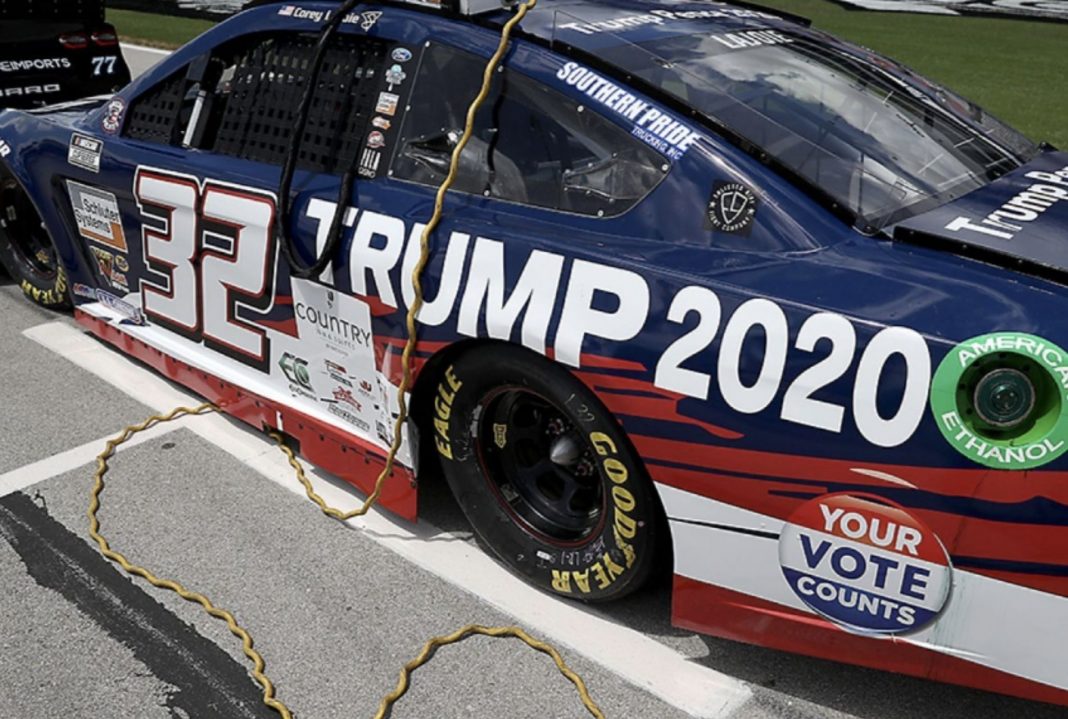 Goodyear tire company stepped in it when news broke about its new “woke” diversity training.

Stocks for the company fell after President Trump called for a boycott.

But NASCAR’s “Trump 2020” car was forced to continue using Goodyear tires due to this policy.

Since 1997, Goodyear has been the official tire supplier for NASCAR leaving Go Fas Racing and its “Trump 2020” car no choice but to use its tires – complete with the Goodyear logo plastered on the side – below the “Trump 2020” decal.

“We just have one way to run them,” Go Fas Racing general manager Mason St. Hilaire told FOX Business in an interview. “It’s either those tires or no tires. We don’t have much of a choice. There should be two. I don’t know if you should just have one. You’ve got to keep something for the competition, right? Putting another one in would probably be a little bit of fun, both for cost and competition.”

The car, sponsored by Patriots of America PAC, is set to hit the race track next on August 29 at the Coke Zero 400 at Daytona International Speedway.

Trump called for a boycott of Goodyear tires after an employee at a plant in Topeka, Kansas shared a slide that he said came from the company’s corporate office in Akron.

The slide listed Trump’s “Make America Great Again” hats as an “unacceptable” accessory for employees in the workplace.

Goodyear denied that the slide was “created or distributed by Goodyear corporate, nor was it part of a diversity training class.”

But new questions arose after their denial when audio was released from the training.

The trainer can clearly be heard saying, “Some people may wish to express their views on social justice or inequity or equity issues such as Black Lives Matter or LGBTQ pride on their face coverings, shirts or wristbands. That will be deemed approved because it applies with a zero-tolerance stance.”

The trainer then added, “However, if any associate wears all, blue, white lives matter shirts or face coverings, that will be not appropriate.”

Time will tell what will happen to Goodyear coming out of this scandal.

For now, NASCAR teams are stuck with no option but to use Goodyear tires as their exclusive tire provider deal was renewed in 2017.

NASCAR has yet to respond to questions about Goodyear’s policy.