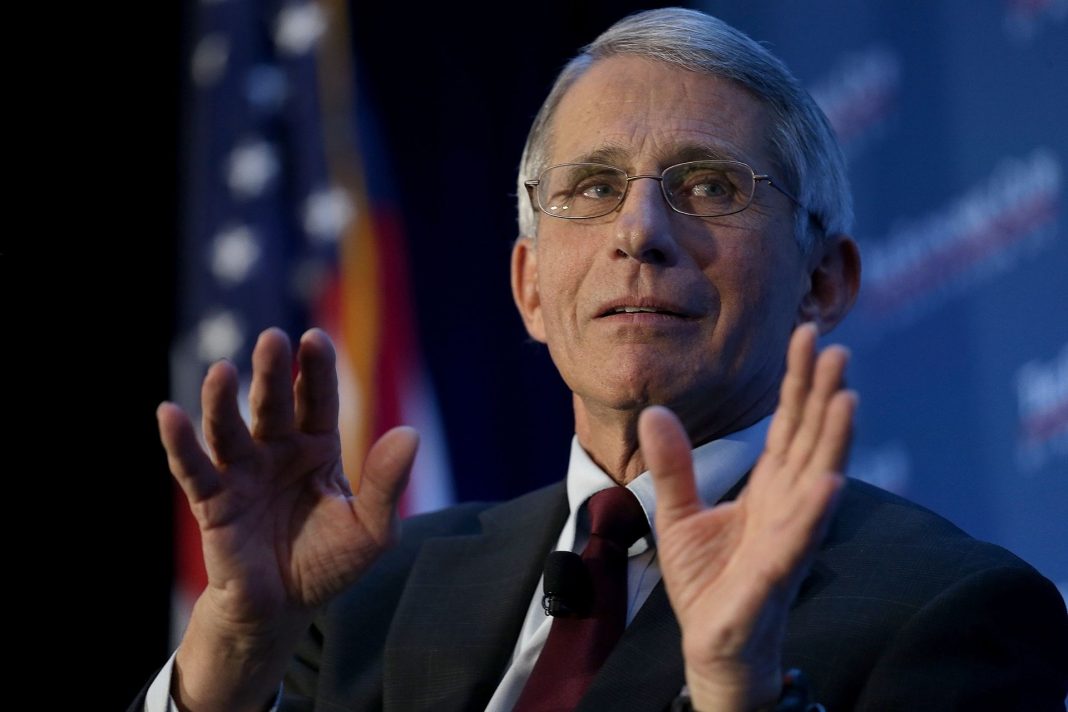 Dr. Fauci is determined to make every American’s life as miserable as possible due to the coronavirus.

Fauci is addicted to television and the media attention.

And now NBA players are going to hate what Dr. Fauci just went on TV and said.

90 percent of NBA players are vaccinated.

And even though that is well above the percentage of the general population, the corporate-controlled left-wing sports media and public health tyrants like Dr. Fauci are still furious because they want to force 100 percent of Americans to get the shot.

No dissenters are allowed.

Dr. Fauci whined that just ten percent of NBA players would not submit to his vaccination regime, telling MSNBC’s Andrea Mitchell that NBA players should listen to Hall of Famers like Magic Johnson and Kareem Abdul-Jabbar and get vaccinated even if they do not need the shot because of natural immunity or because they realize this is a free country and just don’t want it.

“[T]he situation is obviously, we would like to see essentially all of the players, for the general safety, to get vaccinated,” Fauci stated. “What I would say, that players tend to listen to their own and their peers as trusted messengers. So, I would suggest that the players who don’t get vaccinated listen to Magic Johnson and listen to Kareem Abdul-Jabbar. Those are the individuals that are the trusted messengers. I was just listening to what Kareem was saying last night on TV. He has a very good message about the importance of getting vaccinated.”

But Jabbar is one of the vaccine extremists who pushes people away from getting the jab.

Jabbar demanded all NBA players get the vaccine or get thrown out of the league because of the outrageous claim that they are putting their vaccinated teammates’ lives at risk.

“The NBA should insist that all players and staff are vaccinated or remove them from the team. There is no room for players who are willing to risk the health and lives of their teammates, the staff and the fans simply because they are unable to grasp the seriousness of the situation or do the necessary research. What I find especially disingenuous about the vaccine deniers is their arrogance at disbelieving immunology and other medical experts. Yet, if their child was sick or they themselves needed emergency medical treatment, how quickly would they do exactly what those same experts told them to do?” Jabbar ranted.

When unvaccinated people hear claims that being unvaccinated puts the vaccinated at risk, they wonder why they should bother getting the shot because it makes it sound like the vaccine does not work.

America is not communist China.

People are free to make their own medical decisions.

And the corporate-controlled media’s meltdown over 10 percent of NBA players not getting the vaccine shows how the Left wants to use the coronavirus pandemic to transform the country into communist China.