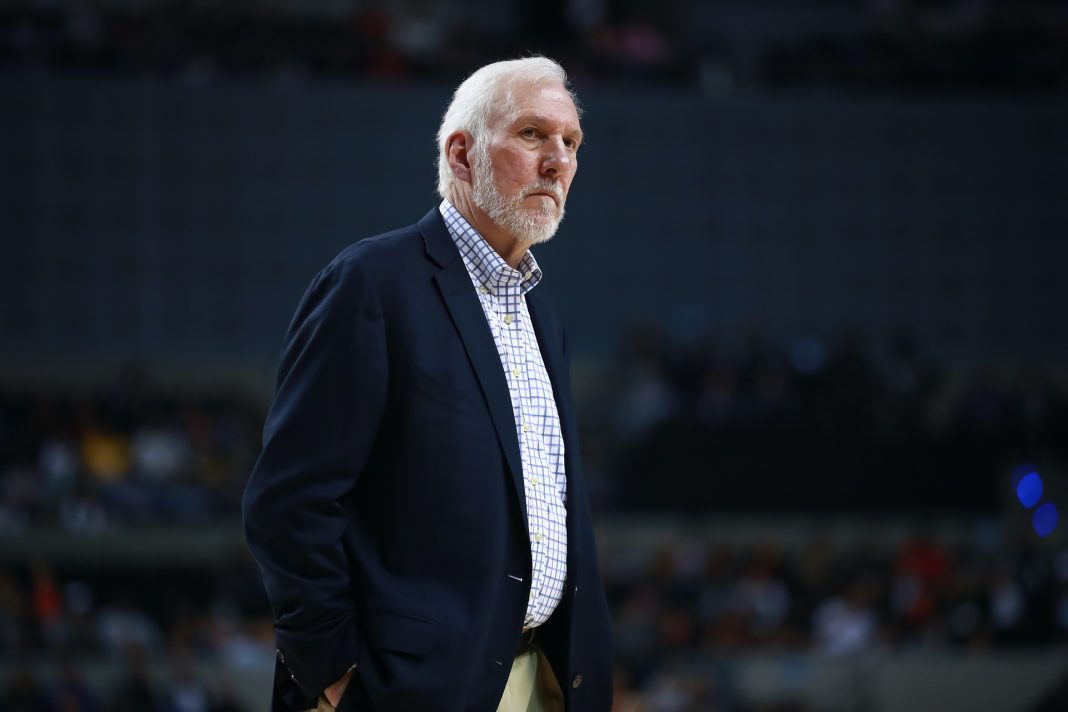 In the past, he’s even called President Trump a “soulless coward.”

But in the wake of protests and riots that have rocked the nation, “Pop” said something that put every white person on notice.

So far, the violence has led to more than a dozen lives lost and hundreds of millions in property damage.

But Spurs Coach Gregg Popovich believes all white people are to blame for one officer’s actions.

“I’m just embarrassed as a white person,” Popovich explained. “I never thought I’d see that with my own eyes.”

“The history of our nation from the very beginning in many ways was a lie, and we continue to this day, mostly black and brown people, to try to make that lie a truth so that it is no longer a lit,” Popovich added.

In his rambling address, Popovich also alluded to a need for more gun control.

All four Minneapolis police officers involved have been arrested and Derek Chauvin has been charged with second-degree murder and manslaughter.

The NBA is finalizing a deal to begin play at the end of July.

Meanwhile, players are becoming even more outspoken against President Trump, which could cast a dark shadow as the league resumes play.

If players and coaches demonize large swaths of their audience it could jeopardize their paychecks.

But they never hesitate to attack America.

It’s led many sports fans to wonder what side they’re really on.

What do you think about Coach Gregg Popovich’s incendiary comments about white people?