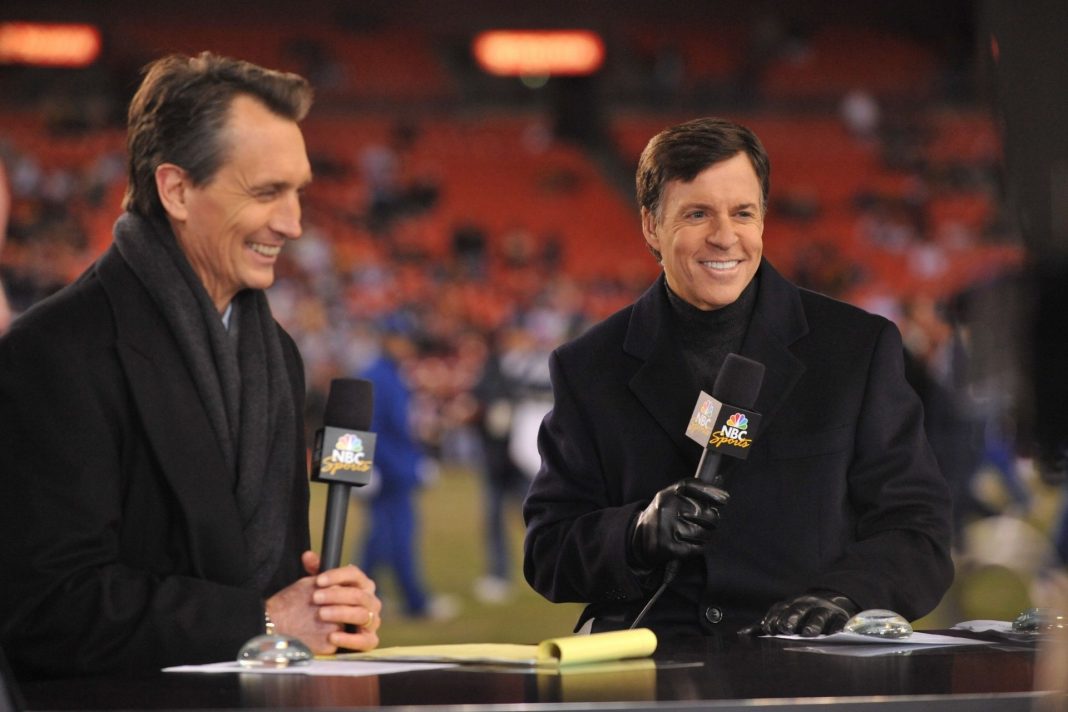 There’s no denying the fact that the sports world is now center stage for the culture war the “woke” police is waging on every aspect of human existence.

It’s virtually impossible to watch a sporting event or any sports coverage whatsoever without having a social justice agenda shoehorned into the conversation and shoved down your throat.

But now, the “woke” police are taking things a step further by crucifying NBC commentator Cris Collinsworth for what is quite possibly the most innocent comment of all-time.

During Wednesday afternoon’s matchup between the Pittsburgh Steelers and Baltimore Ravens, Collinsworth took a moment to highlight the unrivaled passion of the Steelers fan base.

“Everybody’s a fan,” Collinsworth said. “In particular the ladies that I met. They have really specific questions about the game. I’m like wow, just blown away by how strong the fans are here.”

This is what Cris Collinsworth is getting canceled for pic.twitter.com/r7XeYCV5tP

Immediately, video of Collinsworth’s comment started spreading on social media with the blue checkmark brigade leading the charge to take the comment completely out of context and have Collinsworth “canceled.”

A comment that was a general statement about the passion of ALL Steelers fans was quickly turned into Collinsworth being a sexist pig who “singled out women” and was shocked they knew anything about football.

It’s the signature move of the “woke” police – take a comment totally out of context, insert your own context to make it fit your narrative, and then incessantly push it on social media until you force your victim to cave to your way of thinking and apologize for their transgression.

And that’s exactly what Collinsworth did – he caved, most likely under pressure from his employer, but he caved nonetheless.

It’s rather obvious to anyone with a functioning brain that Collinsworth wasn’t “blown away” by just the ladies’ knowledge of football and was instead blown away by how passionate the entire Steelers fan base is, but that doesn’t matter to the “woke” police.

Any comment that doesn’t fit neatly into their box of approved speech must be called out, and the person who made the comment must be paraded through the town square and punished for their crimes.

This will undoubtedly go down as a victory for the woke police, with Cris Collinsworth just another in a long line of casualties in this culture war.

Soon, the woke police will move on to their next victim, and continue this seemingly never ending battle.

That is, until someone finally has the courage to take a stand against them . . .

LeBron James protested Donald Trump. And you won’t believe what happened next