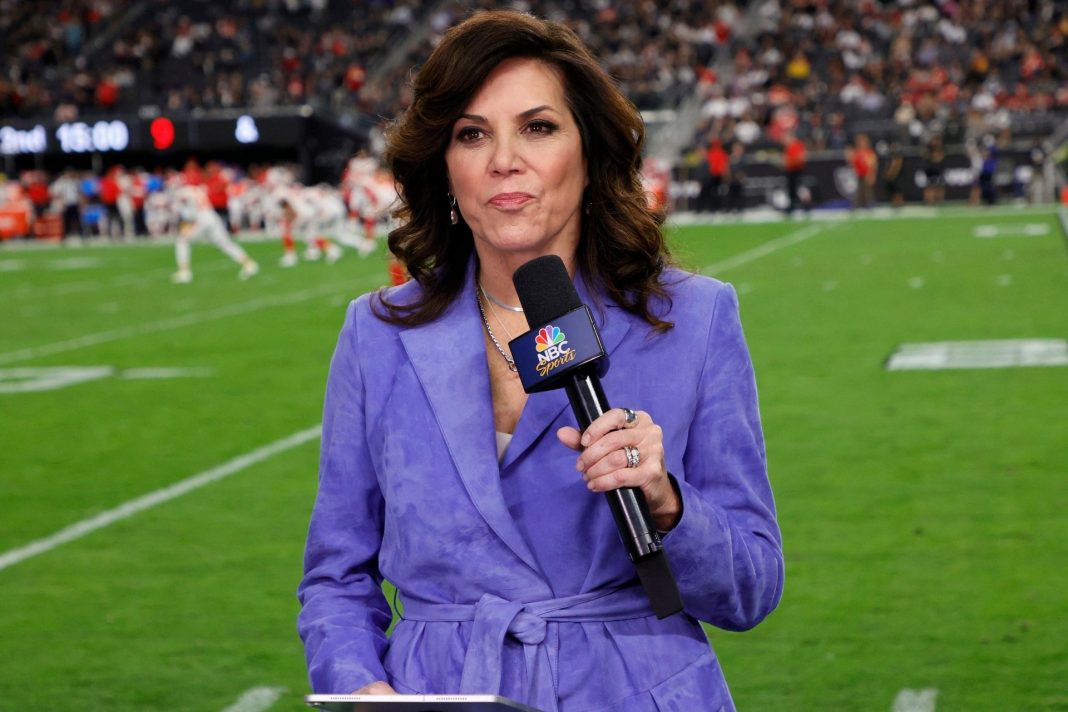 It’s an unwritten rule on the Left that you cannot go against their golden calves.

And one famous NBC reporter found this out the hard way.

Now NBC Sports is canning one of their best sports reporters after they openly criticized Colin Kaepernick.

The Left is filled with golden calves and idols that they religiously worship and protect at all cost.

That’s true even in sports.

A prime example is Colin Kaepernick.

Kaepernick saw his career going down the crapper in the NFL and decided to change careers from quarterback to race baiter.

And the Fake News Media and the Left ate it up like never before.

Huge art mood today! Colin Kaepernick art! Will be to you this week if ordered today! DM if interested. pic.twitter.com/kL4cncsjaT

Well, one NFL reporter learned the hard way that you don’t mess with the Left’s golden boy.

Michele Tafoya has been the sideline reporter for NBC Sports for years.

And she crossed a line with the Left by criticizing Kaepernick and that has put her career in jeopardy.

In his Netflix Series, Colin in Black & White, Kaepernick literally compares NFL players to being slaves because their performance is measured.

To know what Kaepernick sacrificed, first know his journey.

The path is power.

So Tafoya went on The View as the “conservative” guest and started wrecking Kaepernick for making such comparisons.

Tafoya simply stated, “Comparing it to the slave trade was a little rough.”

Later on after the hags on The View started praising Kaepernick for his stand against the NFL, Tafoya interrupted and stated, “A lot of teams have tried him out, I will tell you, I know my stuff on this, too. He didn’t lose everything, in fact, I’d say he gained a whole lot, a leader of the movement, a Netflix series, he’s got Nike endorsements.”

Well, it turns out the bigwigs at NBC didn’t like her comments too much.

Tafoya has literally been absent from every Sunday Night football game on NBC since her appearance.

And now NBC announced her last game with NBC will be the Super Bowl.

She didn’t say anything revolutionary.

But the Left hates facts and now her career is over thanks to the goons at NBC.

Shannon Sharpe went off the rails about Trump. Now the Internet is roasting him for it