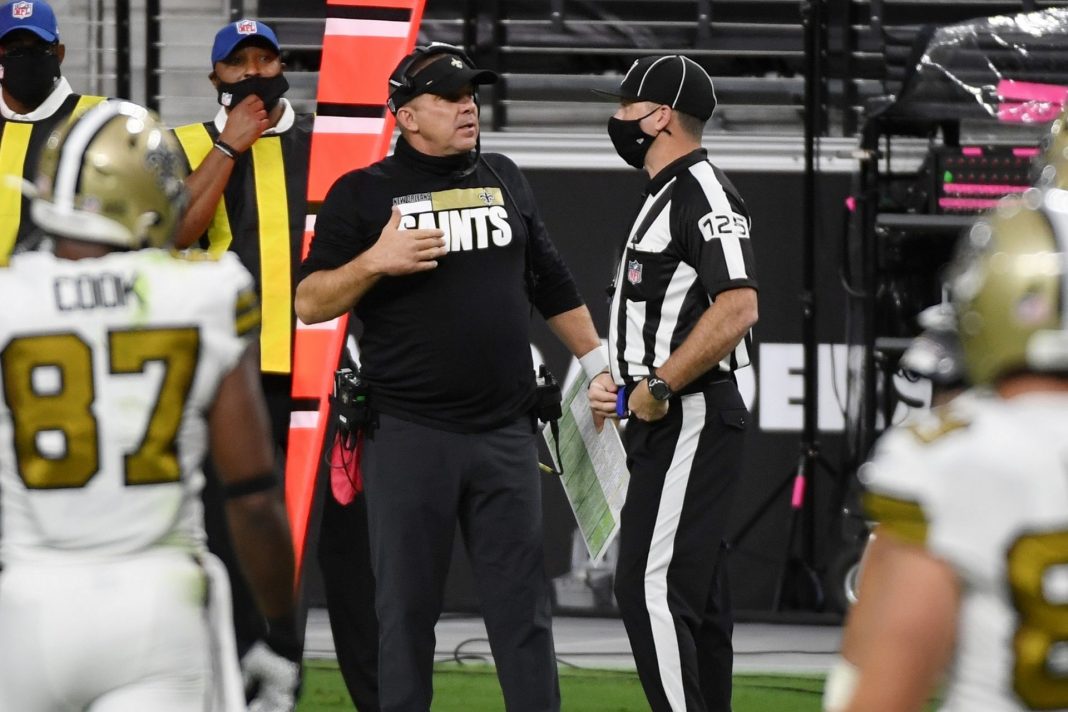 The NFL season is already off to a rocky start due to the coronavirus and far-left political displays.

The optics of empty stadiums have also been bad for the league’s image.

Now NFL coaches are being fined an insane amount of money for one thing that they did.

Three coaches were fined $100,000 each for not wearing masks on the sidelines during their week two games.

In addition, their respective teams were given even heavier fines.

NFL fined three head coaches – – Denver’s Vic Fangio, Seattle’s Pete Carroll and SF’s Kyle Shanahan – $100,000 each for not wearing masks Sunday, and each of their teams another $250,000, sources told ESPN.

So that’s $1.05 million dollars in fines for not wearing masks.

That is an eye-popping amount of money for the infraction of not wearing a mask while coaching a football game.

Considering the NFL has been incredibly vigilant about testing players and coaching staff for COVID-19 and quarantining teams in controlled environments, it seems like overkill to levy such stout fines.

There’s even talk of New England Patriots head coach Bill Belichick getting hammered with a mask infraction for wearing it over his nose, but for it partially not covering his mouth.

The NFL has had virtually no issues with the spread of the virus, but wearing a mask has become a cultural totem.

Americans have literally been run out of grocery stores and beaten for not wearing masks.

Mask mandates are now an act of compliance.

Those who wear them get a pat on the head, and those who don’t might get a knuckle sandwich.

However, the scientific community isn’t even in lockstop on the issue of masks.

Their efficacy is not proven, and in some cases, they can do more harm than good.

If COVID hysteria weren’t enough to rankle NFL fans, the commitment to woke political activism is picking up the slack.

The league’s pandering to the social justice Left has been a huge misstep in terms of viewership.