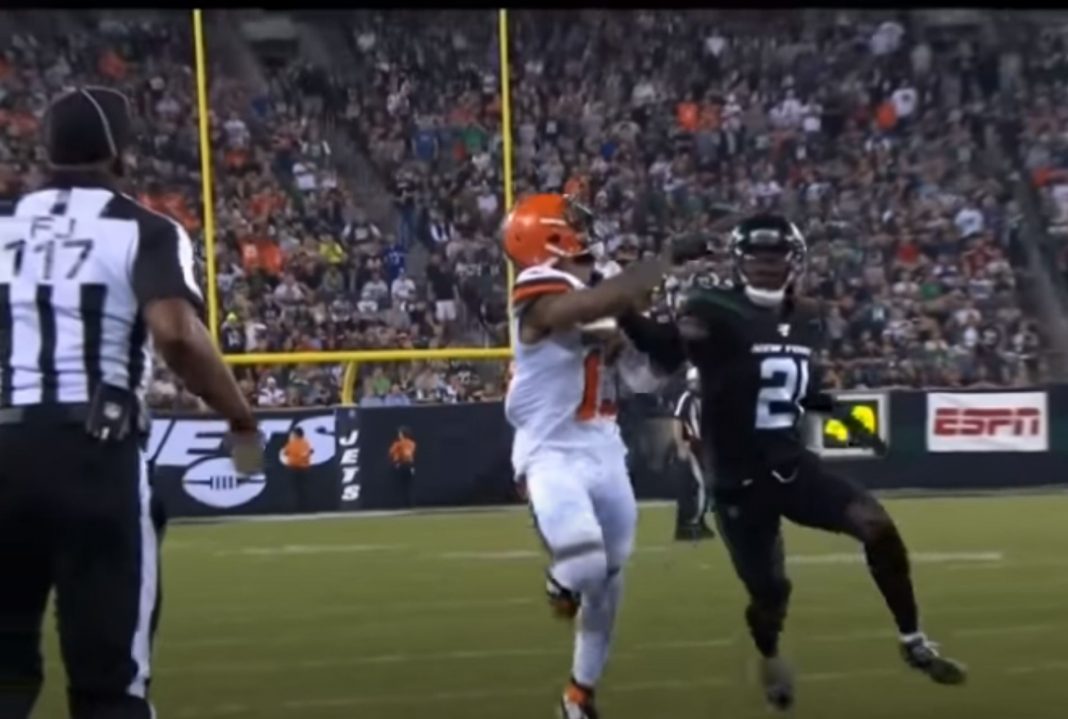 The NFL is set to kickoff the week after Labor Day.

During the last several months, the league was dominated by protests and going “woke” to appease Black Lives Matter and a number of radical players, so fans were looking forward to just being concerned about the on the field action as opposed to SJW protests.

But now NFL fans just got some really bad news about the upcoming season starting on time.

The deadline for NFL players to opt out of the upcoming season due to the coronavirus is tomorrow.

Already eight members of the New England Patriots have done so, as has Super Bowl hero and Kansas City Chiefs running back Damien Williams.

Now even more of the league’s biggest names are speaking out and demanding the league cancel the season.

“We’re not ready for football season. So why are we trying to push forward? It’s obviously for their money,” Beckham stated. “And that bothers me because there’s always been this—and I hate saying it like that—but the owners’ [attitude is], Oh we own you guys, and just kind of that unfairness going on that they don’t see us as human. I just feel like the season shouldn’t happen and I’m prepared for it to not happen and I wouldn’t mind not having it.”

“We feel really good about everything that the league and the PA have agreed upon and everything that we’ve done,” Berry told reporters. “In terms of Odell, he’s returned and really been focused on working hard. He’s been very engaged in everything we’ve done in the classroom and he’s really focused on having a great year.”

Unfortunately, it is hard to separate anything that happens in sports these days from the current political environment.

Beckham, Jr. – who has been one of the most disappointing players in the league the last three years – is a stone cold hater of Donald Trump.

And many Americans suspect players like Beckham now fancy themselves political activists first and want to deprive the public of sports to prevent a return to normalcy that would boost Donald Trump’s re-election campaign.