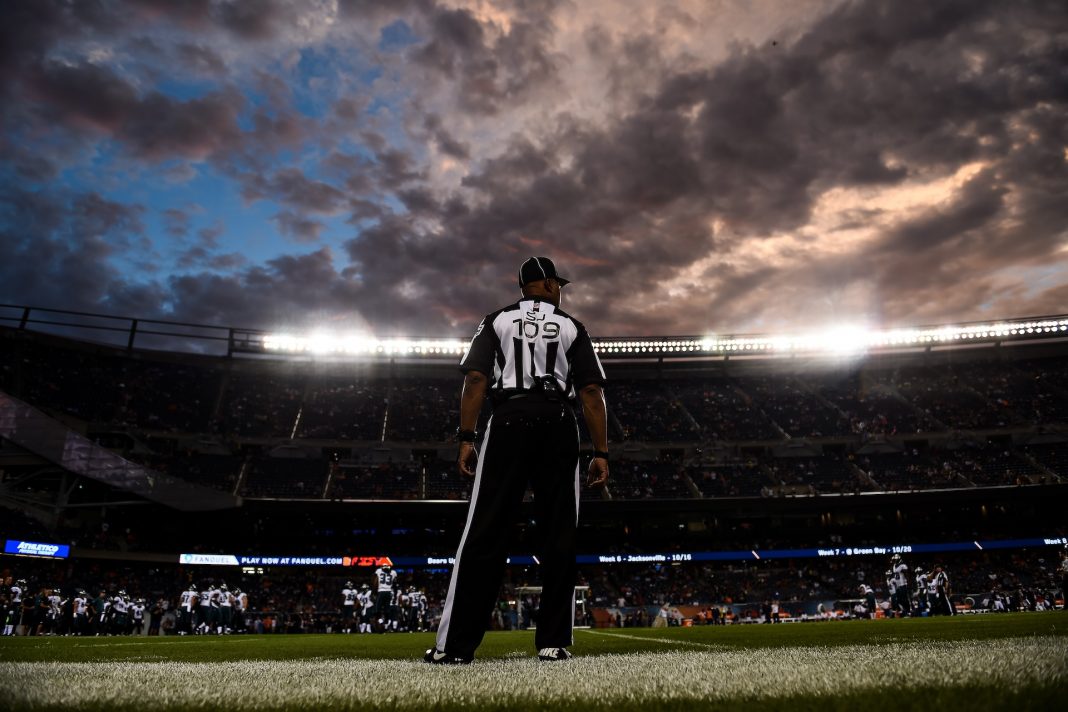 Sports have become obnoxiously more political over the past few years.

That culminated in a 2020 season that has alienated conservative fans in many ways.

Now the NFL is actively promoting one outcome of its extreme “woke” agenda.

The NFL announced that it will field its first ever all-black officiating crew when the Los Angeles Rams play the Tampa Bay Buccaneers.

Referees are usually appreciated best when they’re unseen, such an announcement could go sideways if the game turns into a penalty-fest.

“This historic Week 11 crew is a testament to the countless and immeasurable contributions of Black officials to the game, their exemplary performance, and to the power of inclusion that is the hallmark of this great game.”

All of the officials calling the game are experienced referees, so it shouldn’t be a story if they call a game together, especially if the goal is to move toward a more colorblind society.

However, the radical Left never agreed with Martin Luther King’s vision of a society where people would be judged on the content of their character.

In fact, Stacey Abrams – who claims she’s the governor of Georgia despite losing her election by 50,000 votes – says that the Democrats need to lean into identity politics even more.

The truth is that the first black official was hired by the NFL in 1965.

Black referees have been judged on merit for 50 years, which assuredly how they want it.

But groups like Black Lives Matter, which barely tries to hide its Marxist agenda, relentlessly push the idea of forced diversity, inclusivity, and equity.

Their worldview reduces society into bean-counting at the exclusion of everything else.

The politicization of the NFL has led to a significant decline in viewership versus last season.

The league didn’t go completely off the deep end into “woke” politics like the NBA did, but they came dangerously close.

A low point occurred during the opening week when stadiums played the Star-Spangled Banner as well as the unofficial black national anthem.

If the goal is to promote unity, having two different national anthems is a complete failure.

The NFL seems to have course-corrected in time, but the league must disentangle itself from politics if it wants to win back all the fans.

Sports with Balls will keep you up-to-date with any developments to this ongoing story.