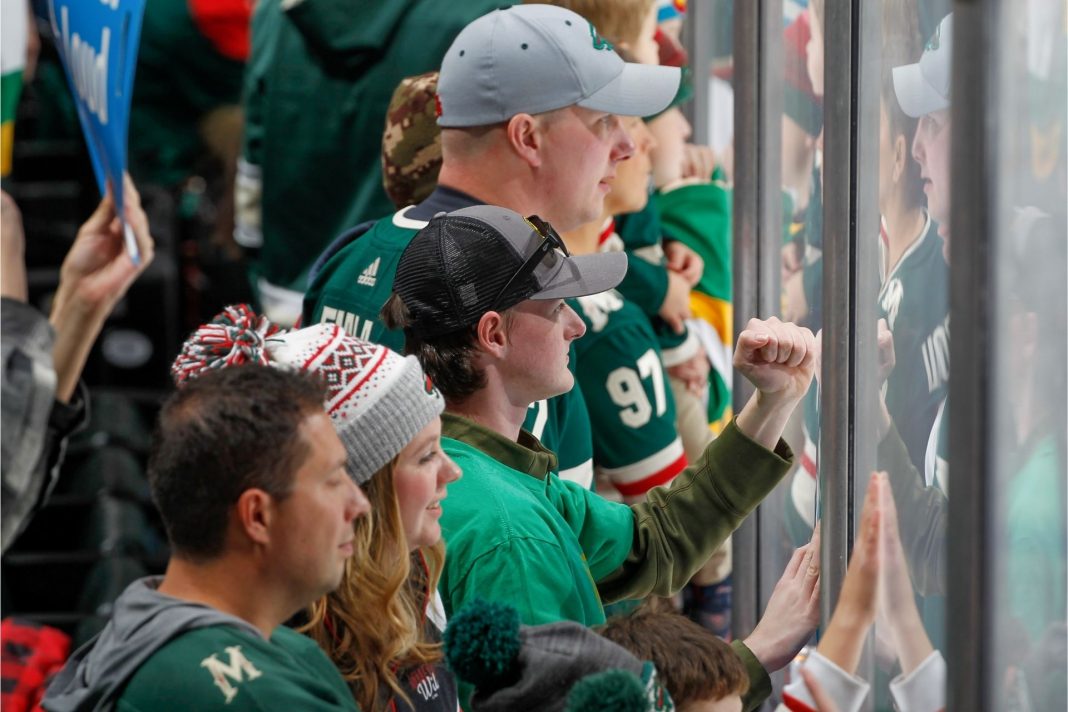 A lot of times all there is to do while watching a game is to drink.

Thankfully for the fans, not much goes better together than beer and sports.

And NHL fans broke one world record involving beer that would make any man proud to achieve.

Two of the oldest things humans have done together is compete in sports and drink some booze.

A cold beer in your hand as you kick back and watch your team play is just one of those things that makes the world go round.

Even the beer makers themselves know that beer and sports go hand and hand as they have advertised it as such since the creation of the TV.

Well, fans at an NHL game this past week are continuing the tradition of booze in sports.

And these Minnesota Wild fans ended up doing something no other group of fans has ever done before.

They formed the longest beer snake ever recorded in human history.

By stacking up their used beer cups the fans made a whomping 247 foot beer snake.

We aren’t sure what’s more amazing.

That fans drank enough beer to stack cups for over 240 feet or the fact that they had enough money to pay for the beer to actually make the beer snake.

The world’s seven wonders can stand aside as mankind has just reached a new feat that may never be matched again.