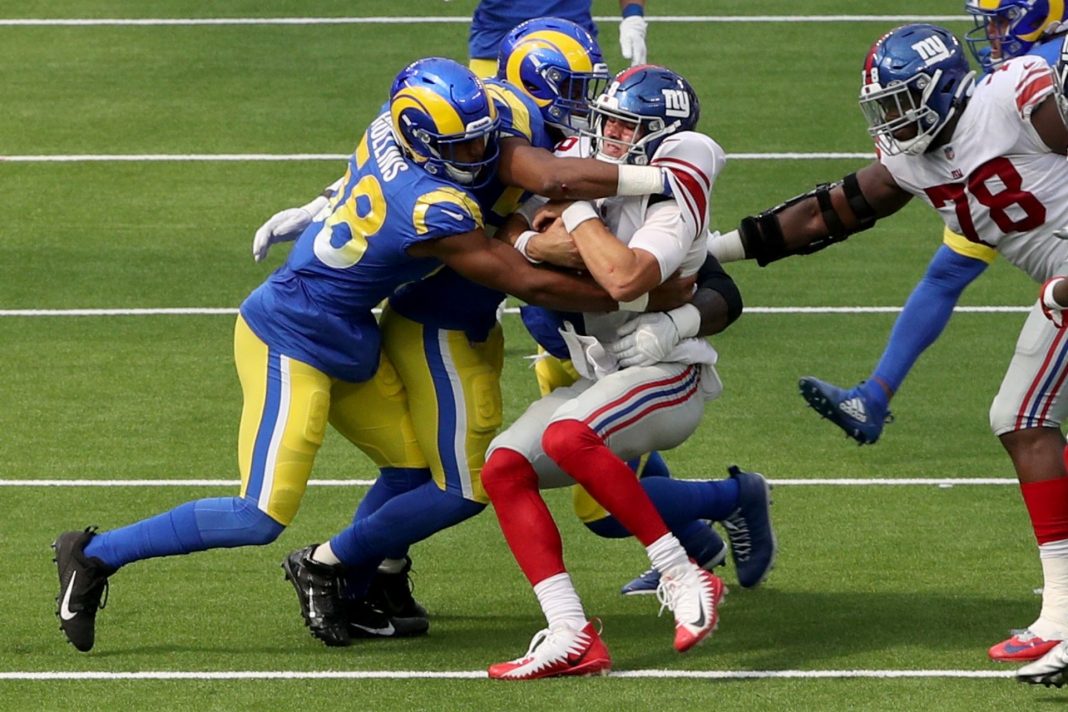 This has been a difficult season for the National Football League.

Players protesting the national anthem caused a mass exodus of fans that led to tanking ratings.

And now no one could believe what they saw when this NFL game ended.

Los Angeles Rams cornerback Jalen Ramsey is one of the most talented players in the league.

Ramsey’s mouth also creates as many headlines as his play in the field.

Things only got worse this week.

The Rams scored a desultory 17 to 9 win over the 0-4 New York Giants, but it was what happened after the whistle blew to end the game that has everyone talking.

Ramsey and Giants wide receiver Golden Tate reportedly stormed toward each other after the game ended and began exchanging blows, which led to pile up in the middle of the field as players and team officials tried to break up the fight.

Tate had harsh words for Ramsey over the summer because Ramsey reportedly dated Tate’s sister, had a child with her, and dumped her while she was pregnant again for a stripper.

As a brother and a man, Tate was clearly enraged and wanted justice.

But after the fight broke up Ramsey tried to start a second brawl by reportedly stalking Tate outside the Giants locker room.

Even after their on-field confrontation, Jalen Ramsey was waiting outside the Giants locker room for Golden Tate, according to a source. He wanted more. Fortunately, they avoided Round 2. #Giants #Rams #NFL

Fortunately, Tate and Ramsey did not meet up.

But once again the NFL is facing headlines about something other than the play on the field.

Sports with balls will keep you up-to-date on any new developments in this ongoing story.