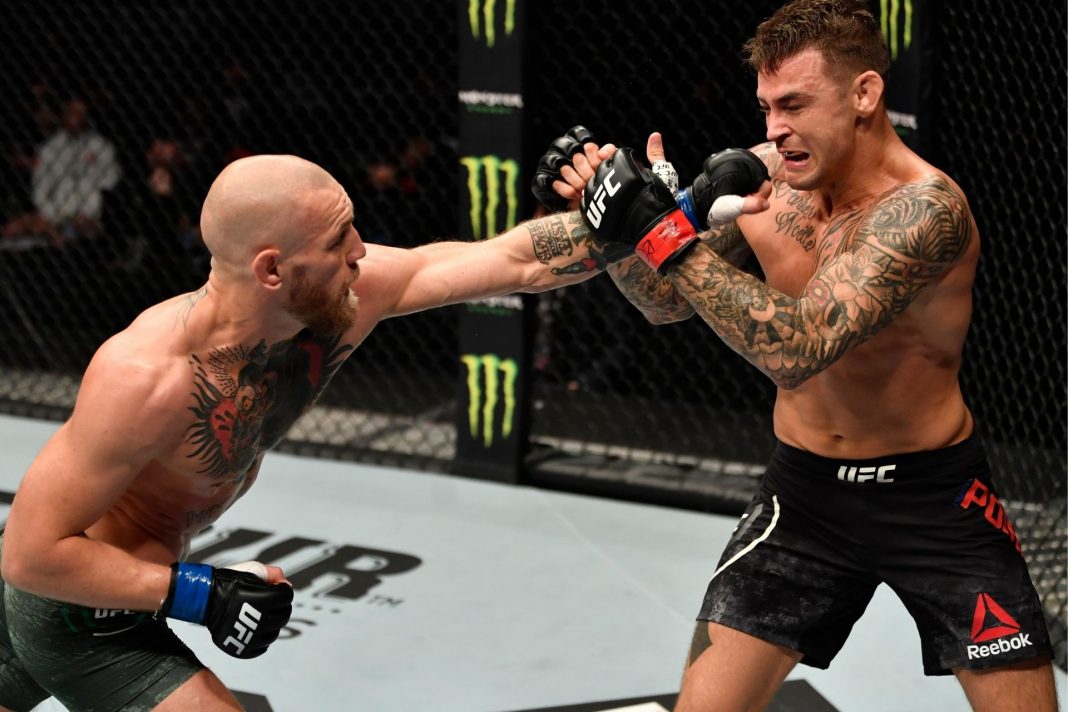 One of sports’ greatest attributes is its seemingly never ending ability to surprise you when you least expect it.

Whether it’s an unforeseen blowout or a major upset, if you believe you know the outcome before it happens, there’s a good chance you’re in for a rude awakening.

And for many sports fans, that’s exactly what happened Saturday night as virtually no one saw the shocking ending to the Conor McGregor-Dustin Poirier UFC fight coming.

Back in September of 2014, Conor McGregor and Dustin Poirier faced off in the UFC octagon for the first time.

As expected, McGregor made quick work of Poirier, defeating him by TKO just one minute and 46 seconds into the first round.

Over six years later, the two were set to square off once again Saturday night on UFC’s “Fight Island” in Abu Dhabi.

A year removed from McGregor’s last fight – another dominating performance in which he knocked out Donald “Cowboy” Cerrone 40 seconds into the fight – anticipation was high for a rematch between the Irish fighter and Poirier.

In fact, McGregor was the overwhelming favorite heading into the bout.

Public is all over McGregor tonight

Through the first round, McGregor looked to be in control of the fight.

He was able to land the harder strikes – even Poirier admitted after the fight that McGregor had him rattled in the first round – and countered virtually everything that was thrown at him.

The one issue McGregor had, though, was with the leg kicks Poirier continued to land on his front leg.

Those blows clearly slowed McGregor down causing him to begin to miss strikes by wider and wider margins, and ultimately ended up leading to his demise.

Two minutes and 32 seconds into the second round, Poirier was able to land a flurry of shots on McGregor, forcing the official to call the fight, and handing McGregor the first loss by TKO of his remarkable career.

DUSTIN POIRIER DOES IT #UFC257 pic.twitter.com/3U3bqoo7hN

It was a shocking end for UFC fans everywhere, and it was certainly a tough pill for the former champion of multiple weight classes to swallow.

“It’s hard to take,” McGregor said during his post-fight news conference. “The highest highs and the lowest lows in this game. My leg is completely dead. Even though I felt like I was checking them, it was just sinking into the muscle at the front of the leg and it was badly compromised.”

For his part, Poirier is already looking to the future after his resounding win, and he clearly only has eyes on one thing – a championship fight.

While at this point McGregor is certainly closer to the end of his career than he is the beginning, many have been left to wonder what might be next.

Some have sought to pronounce his career all but over, but there’s little doubt McGregor wants redemption.

He was certainly humble in defeat, a rarity for someone with his level of bravado, but he also talked about the future.

It obviously wasn’t the greatest performance of his career, but there’s little doubt he’ll let this be the lasting image people have of his career.

And if there’s one thing we should all know about Conor McGregor at this point, when he does come back, he’s coming back with a vengeance.