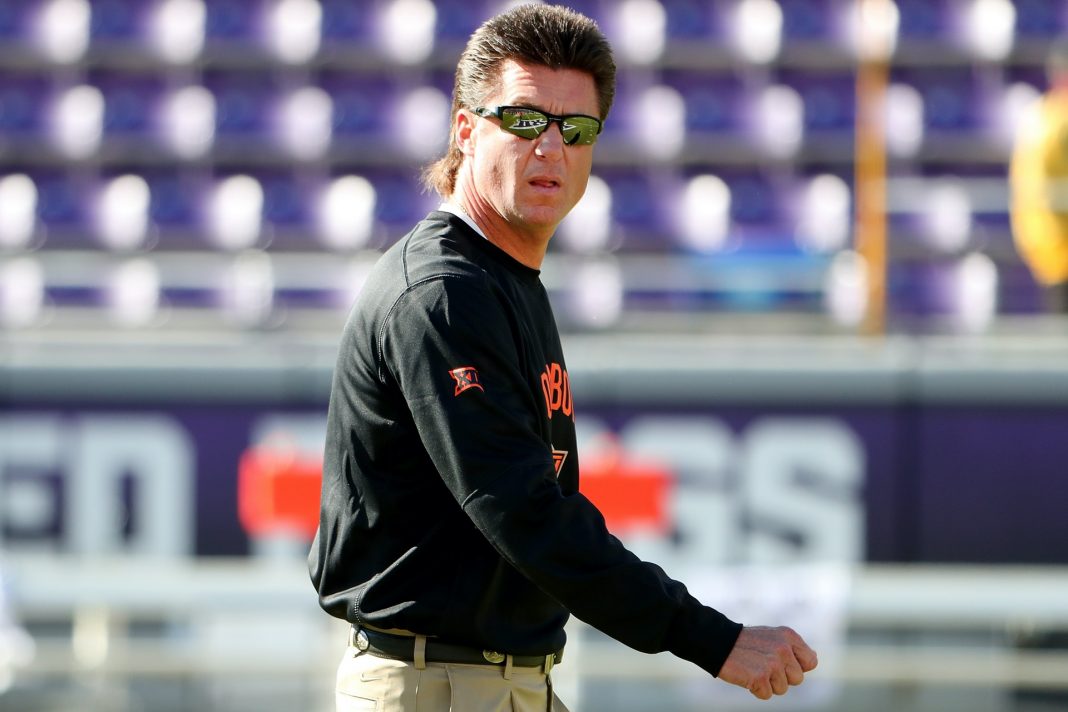 The woke outrage mob at ESPN has a new target.

The formerly great sports network has become little more than a bunch of triggered millennials seeking to wipe out anything that offends them.

Now they’re using the clout they have remaining to take down a college football coach for what he wore in this picture.

How could anyone NOT love the mullet? And remember the infamous “I’m a man!” rant?

Anyone who sticks up for his players like that should be praised.

But Coach Gundy just made a huge mistake by crossing the “woke” culture mob.

Wearing an OAN t-shirt while fishing.

Seriously. People are upset online because Coach Gundy wore a t-shirt with the logo of One America News, a conservative news network.

The Tweet caught the eye of Oklahoma State star running back – and Big 12 player of the year – Chuba Hubbard.

Hubbard called out his own coach, stating:  “I will not stand for this.. This is completely insensitive to everything going on in society, and it’s unacceptable. I will not be doing anything with Oklahoma State until things CHANGE.”

When Hubbard got called out on social media for attacking his coach over a t-shirt, it was none other than ESPN who rushed to his aid.

Finebaum stated, “What I can’t understand is why Mike Gundy has been allowed to continue to coach at Oklahoma State.”

There you have it folks.

According to ESPN, wearing a t-shirt of an “unapproved” news outlet is now a fireable offense.

Meanwhile, they praise players who undermine their coaches and heap praise on crybabies who are offended by t-shirts.

The cancel culture mob has claimed yet another victim.

But if we’ve learned anything, no “apology” is ever enough to satisfy them. We’ll see if Gundy’s capitulation to the mob will save his job.

Make sure to vote in the poll below and sound off in the comments section!

A former football star made one demand that could change everything