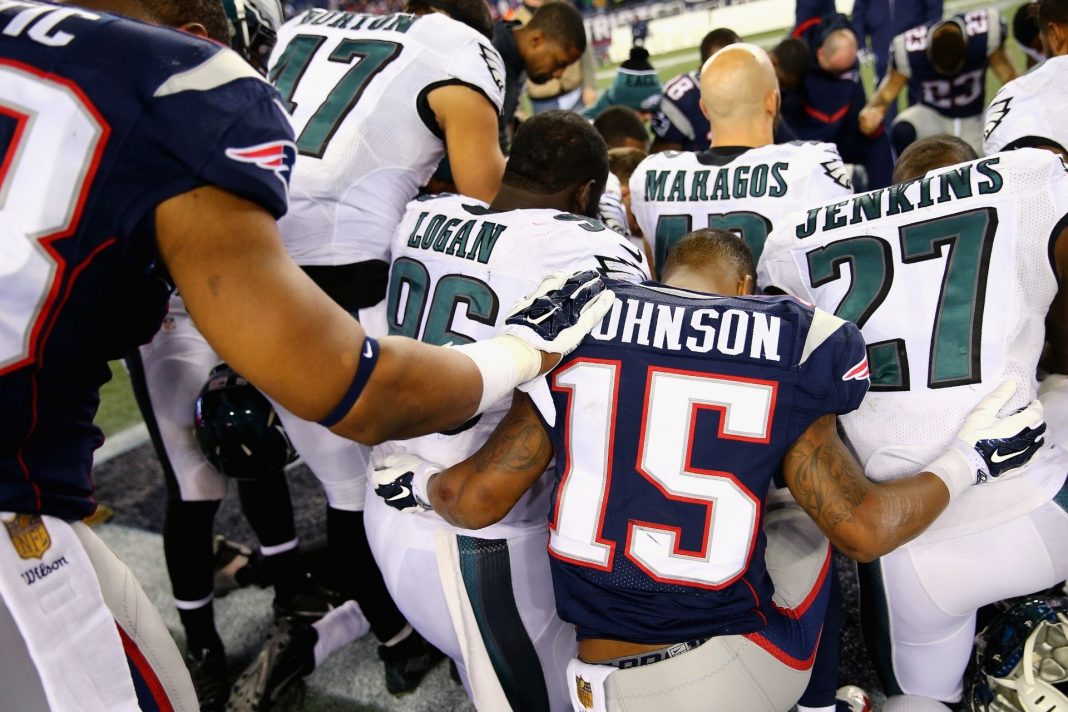 No one could believe what happened.

And now one anti-police protest landed this star quarterback in hot water.

New Orleans Saints star quarterback has been a groveling, embarrassing mess for the last several months.

After the death of George Floyd, Brees said he would always stand for the national anthem to honor his grandfather’s military service only to back down and offer tearful apology after apology when players on his team demanded his disrespect of America.

On Sunday, before the Saints home wildcard playoff game against the Chicago Bears, the team tweeted out a picture of Brees wearing a “say her name” t-shirt.

That outraged Black Lives Matter rioters who thought Brees was wearing the shirt in honor of Ashli Babbit, the unarmed Trump supporter shot and killed by police when she tried to break into the Capitol during last Wednesday’s riot.

The Saints deleted the Tweet and put up a new one of defensive end Marcus Austin wearing the shirt explaining it was meant to honor Breonna Taylor, the woman Saints players falsely claimed was murdered by Louisville police last March.

The picture of Brees was tweeted by the Saints and caused some to believe he was supporting a woman who was killed by police in Washington, D.C., when a violent mob stormed the U.S. Capitol on Wednesday.

New Orleans deleted the tweet and posted another one showing defensive back Malcolm Jenkins in the same shirt along with an explanation of why they were wearing the shirts. Jenkins has been one of the biggest NFL voices in the fight for social justice. It’s unclear why the Saints deleted the original tweet in the first place.

Everything pro athletes and Black Lives Matter activists told the public about Breonna Taylor’s death was a lie.

Police did not raid the wrong house.

They did not refuse to identify themselves.

And Taylor was not shot while sleeping in her bed.

In what was supposed to be the most important story on Sunday, the Saints beat the Bears 21 to 9 and advanced to play Tom Brady and the Tampa Bay Buccaneers on Sunday.

But it’s almost like 2020 never ended and the players continue to make their political protests the main story.