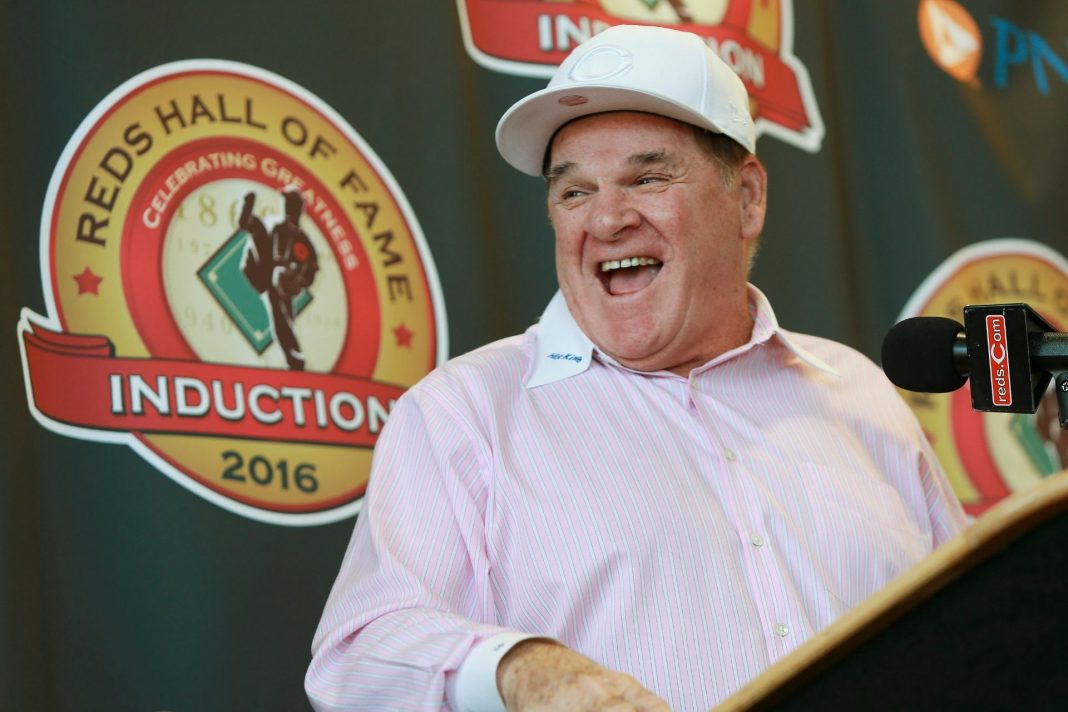 Now that the World Series is over, baseball is in the hot stove season.

The coming weeks are usually dominated by free agent moves and trades as teams retool their rosters ahead of spring training.

But that’s all taking a backseat because one baseball all-time great confessed to a scandal that you won’t believe.

But he is not in the Hall of Fame because Commissioner A. Bartlett Giamtti suspended Rose from baseball back in 1989 after an investigation determined that Rose bet on baseball while he managed the Cincinnati Reds in the mid-1980s.

Gambling baseball has always been the Cardinal since eight players on the Chicago White Sox accepted money from gamblers to throw the 1918 World Series against the Reds.

Of course, this suspension kept Rose out of the Hall of Fame.

For years, Rose denied ever betting on baseball in an interview with former NBC broadcaster Jim Gray Rose relived the moment during Game 2 of the 1999 World Series where Rose was honored as part of the All Century Team.

In a famous confrontation, Gray pressed Rose about betting on baseball and Rose responded that Gray was out of line for asking him about that during a celebration.

“I didn’t quite understand what had happened,” Rose told Gray in an interview Gray conducted for Fox News to commemorate his new book. “Do you really think if I’d come clean with you at that time, that they would have reinstated me?”

Years later, Rose authored a book where he admitted to betting on baseball and Rose told Gray he was wrong to bet on the game while managing.

“I screwed up,” Rose began, “I should have never did that. That’s the only mistake I’ve ever made in my life. To be honest with you. And that’s the biggest mistake.”

Rose admitted that he would love to be in the Hall of Fame, but that he accepted the fact that while he was alive, Major League Baseball would never reinstate him and make him eligible for the game’s highest honor.

Gray asked Rose if he still bet on baseball and Rose confessed that he did.

“Yeah. I haven’t this year yet, but I have,” Rose responded. “When I was betting on baseball when I got suspended, I was betting illegally on baseball. I make no more illegal bets in my life. That’s why they have casinos.”

If Pete Rose was eligible for the Hall of Fame, he would easily make it on the first ballot.

His all-time record of 4,256 hits is one the game’s statistical benchmarks – along with Cal Ripken’s consecutive game streak and Cy Young’s 511 wins – that will never be broken.

But because of the 1918 World Series and the “Black Sox” scandal – which nearly destroyed the game of baseball – gambling is the one big “no no” in the sport.

And that is why Rose is not in the Hall of Fame.