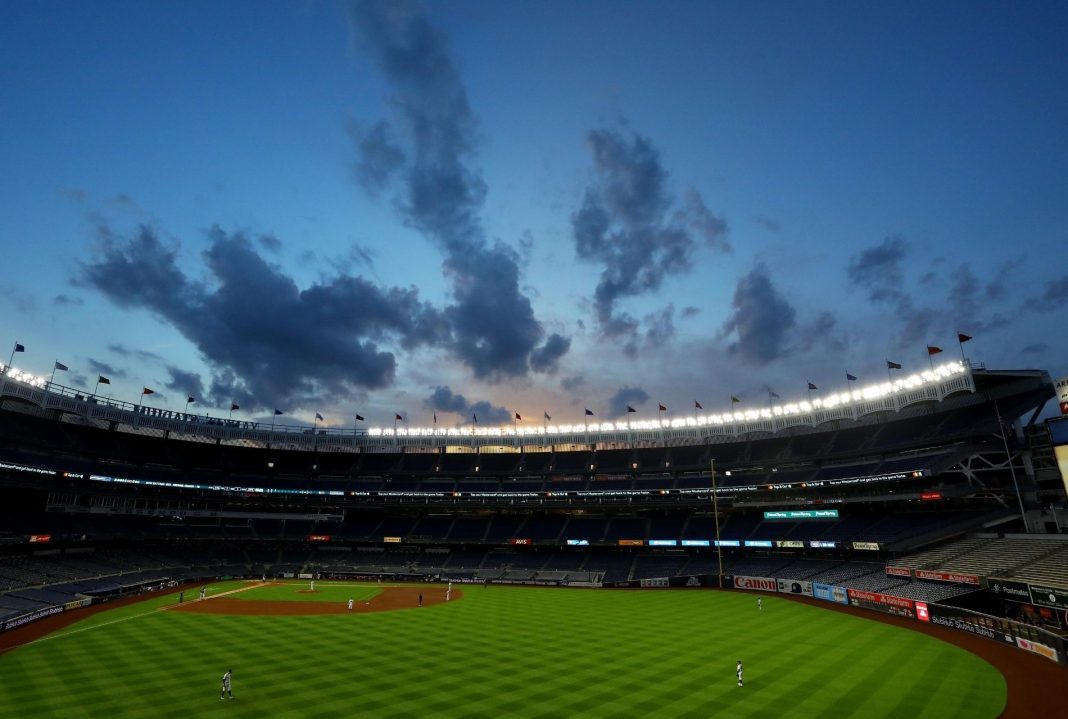 The 2021 Major League Baseball season has seen its highs and lows.

Scandals on and off the field threatened to push the play between the lines off the sports page.

And one baseball game ended on a play that you have to see to believe.

On Sunday, the New York Yankees defeated the AL West leading Oakland A’s 2-1 in the rubber game of a three game series.

But it was how the game ended that left everyone talking.

Yankees closer Aroldis Chapman walked the first two batters in the top of the ninth inning to put the tying run in scoring position for designated hitter Sean Murphy.

And then something astounding happened.

Murphy smashed a sharp grounder at third basemen Gio Urshela who quickly stepped on third base to initiate an around the horn 5-4-3 triple play to win the game for the Yankees.

The win improved the Yankees’ record to 38-33 and closed the gap on the first place Boston Red Sox to 4.5 games.

This triple play was the Yankees’ third of the season, which ties a major league record for most triple plays in one year that was only held by seven other teams in the history of the game.

There is an old saying that every time you go to a baseball game you are likely to see something you’ve never witnessed happen in a game before.

That definitely came true on Sunday as the 27,807 fans in attendance watched baseball history unfold before their very eyes.