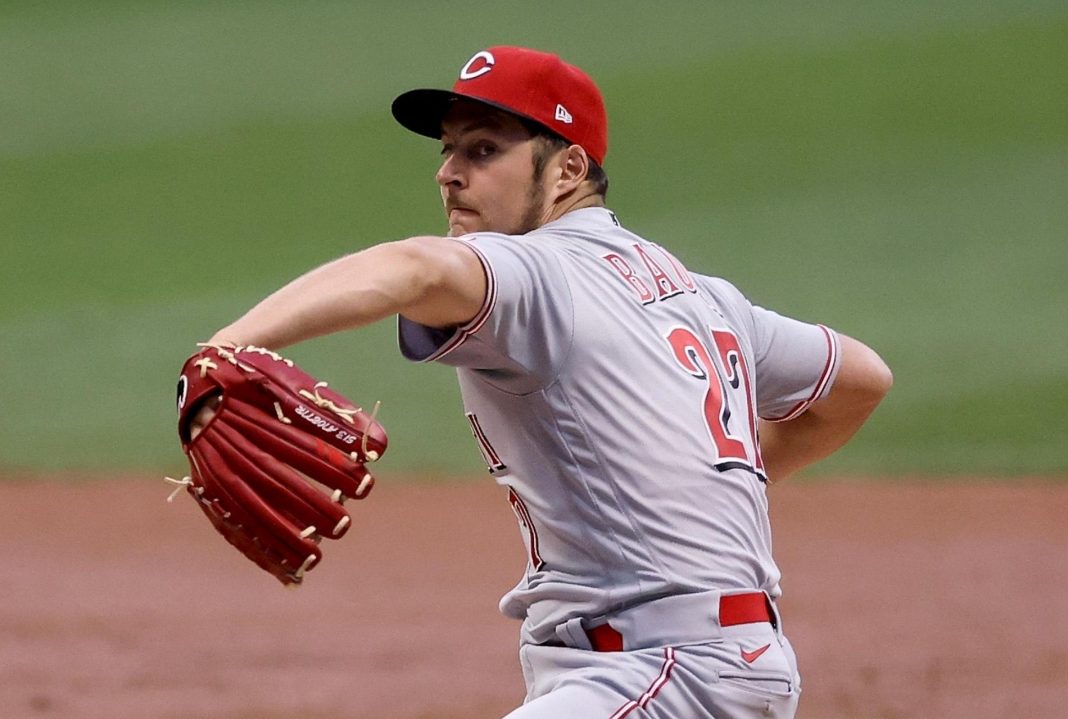 But that isn’t the only scandal the league is dealing with.

And one baseball player got a warning that left him speechless.

There have been three great scandals in Major League Baseball history – the 1918 Chicago Black Sox throwing the World Series, the steroid era in the late ‘90s and early ‘00s, and the Houston Astros winning the 2017 World Series while using video technology to steal signs.

The eight White Sox players who took a gambler’s money to throw the series against the Reds were banned for life.

And some of the biggest names linked to the steroid era who retired before the testing such as Roger Clemens, Barry Bonds, and Mark McGwire will never make the Hall of Fame.

But there was no such accountability for Astros players who banged on trash cans to signal to hitters what pitches were coming during their 2017 title run.

Baseball gave every Astros player immunity in order to secure their testimony.

In baseball, the players have policed the game for over 100 years through pitchers throwing brush back pitches or sometimes plunking a batter.

During a game early this season Los Angeles Dodgers pitcher Joe Kelly – who was on the 2017 Dodger team that lost the World Series to the Astros – threw a pitch ten feet behind Astros star third baseman Alex Bregman.

Baseball suspended Kelly for eight games – meaning not only were no Astros players suspended for cheating the rest of the league out of a title, but all of their players were now safe from peer-to-peer retribution.

Cincinnati Reds pitcher Trevor Bauer planned to wear cleats with “FREE JOE KELLY” on them to show support for Kelly and express his disgust with Major League Baseball continuing to shield the Astros players from any accountability during a recent start.

But the MLB warned Bauer that he would face discipline if he sported that message during a game.

After the game, Bauer posted on his social media the extent to which Major League Baseball Commissioner Rob Manfred threatened him.

For everyone wondering why I didn’t wear the cleats tonight, @MLB threatened to eject me and suspend me and levy unprecedented fines against me if I did. I couldn’t put my teammates at risk like that. Earlier this year, MLB said players could put whatever they wanted on their

cleats, so long as it wasn’t political or offensive. Apparently, Rob is not a fan of players following his rules, as “Free Joe Kelly” is not political and is very clearly said in jest. Just leaves me over here wondering how following the rules = ejection/suspension/fine and

cheating your way to a World Series = no ejection/suspension/fine…y’all really know how to pick your battles…🙄 learned my lesson though. Fun is bad, cheating is good. Won’t make the same mistake twice, can promise you that 👊🏻👊🏻 pic.twitter.com/Tyh0JdjJZv

And if anyone is wondering if the Astros really gained an advantage from sign stealing, one merely needs to look at the numbers.

2017 American League MVP Joe Altuve is batting .180 this year when he doesn’t know what pitches are coming.