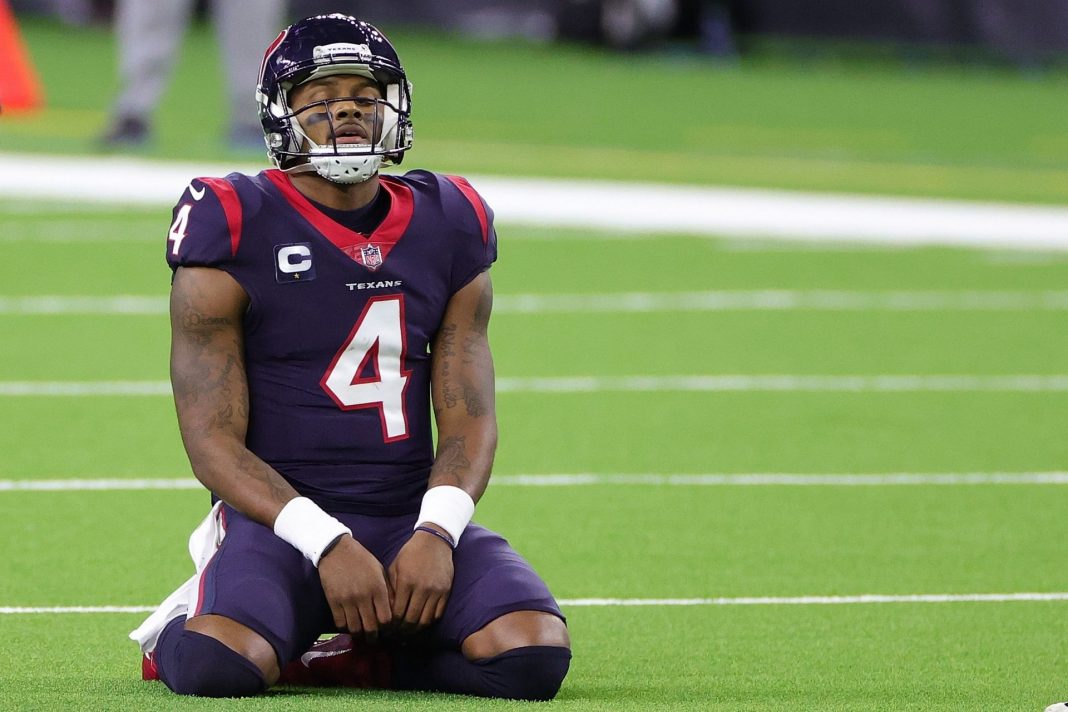 It could be bad news on multiple fronts for the league.

And one big name NFL star just found out the police were investigating him for this sex crime.

The question is no longer where Houston Texans quarterback Deshaun Watson will play football in 2021 after requesting a trade.

The question is now if he will play football at all.

Watson is facing lawsuits from 21 women claiming he sexually assaulted or harassed them.

But those lawsuits are seeking monetary damages and attorney Tony Buzbee, who filed the suits, said his clients would not submit evidence to the police.

However, someone did step forward and the Houston Police Department announced it was now conducting a criminal investigation into a complaint it received about Watson.

When Buzbee filed the first complaint against Watson, some assumed this was a money shakedown.

But the avalanche of lawsuits filed against Watson forced many to reconsider the allegations and question if all 21 women were really lying and just looking for a quick payday.

The Houston police revealing there is now an active criminal investigation into Watson shoots this story to a completely different plane of existence.

Watson is, of course, innocent until proven guilty – but NFL Commissioner Roger Goodell suspended multiple other players without them facing any criminal charges when they faced allegations of domestic violence or sexual misconduct in the past.

It is now an open question as to whether or not Deshaun Watson plays football at all in 2021.