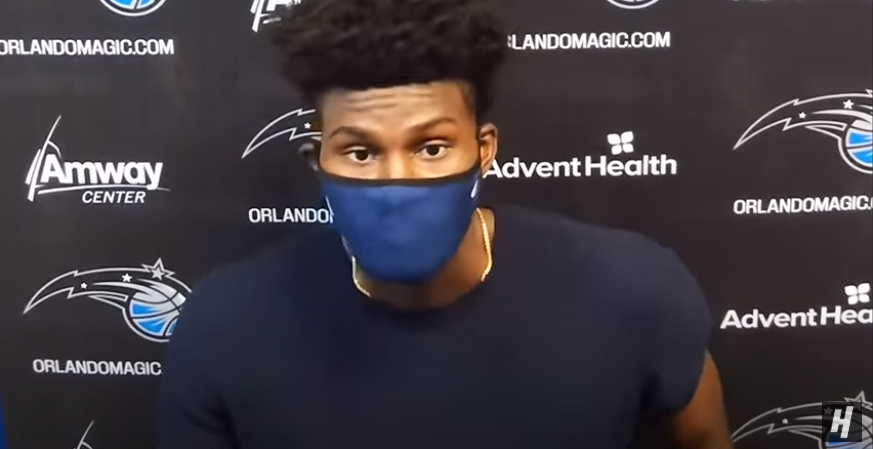 The “woke” takeover of the NBA is nearly complete.

Almostly uniformly, players disrespected the country by kneeling for the Star-Spangled Banner.

But one brave player stood for the national anthem for a surprising reason.

In just four short years, the anti-American anthem protests went from one player in the NFL to multiple sports leagues across the country.

In fact, the NBA had a policy against not standing for the anthem after former NBA player Mahmoud Abdul-Rauf protested during the anthem in 1996.

But all of that has gone out the window.

After the COVID-19 lockdowns ended, the NBA recently resumed the 2019-2020 season, and all players knelt for the anthem . . . except one.

Jonathan Isaac of the Orlando Magic was the one free thinker who refused to go along with the “woke” mob.

After the game, Isaac was grilled about his decision.

Isaac said, “I do believe that black lives matter, but I just felt like it was a decision that I had to make, and I didn’t feel like putting that shirt on and kneeling went hand-in-hand with supporting black lives.”

Isaac is, of course, correct.

Black Lives Matter is a Marxist organization that is only interested in tearing down society.

“I think that the gospel of Jesus Christ is that there’s grace for us, and that Jesus came and died for our sins…we can get past skin color.”

In response to Isaac’s stance, his jersey became the second most popular jersey, only trailing LeBron James.

“Woke” journalists have predictably come after him, even questioning whether or not he believes black lives matter.

Honestly, there’s something ridiculous about sincerely asking a black man if he thinks black lives matter. Especially if the only evidence you’re working on is him standing during a song and wearing his team uniform.

Sadly, Isaac’s season was cut short by a serious knee injury, but he has the fighting spirit to make a full recovery.