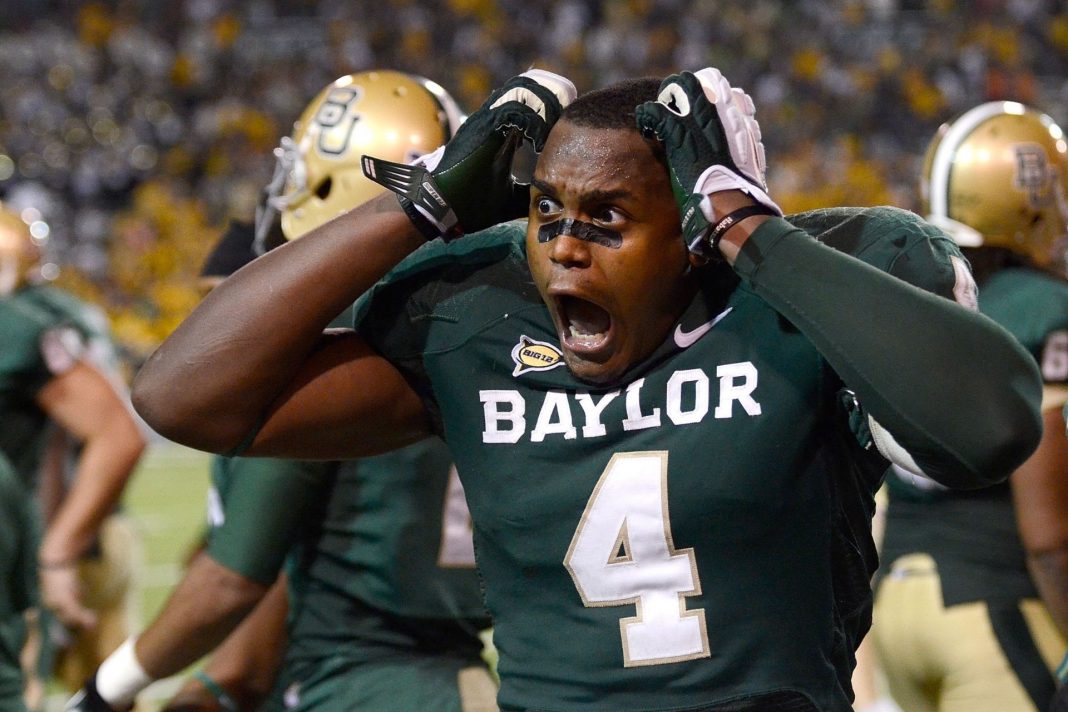 The 2020-21 college football season is walking a very narrow tightrope.

The coronavirus has put the entire season on the brink of collapse every week.

But one college football game was canceled for an insane COVID-related reason.

A matchup between the Baylor Bears and Houston Cougars was postponed because of the coronavirus, which is a huge blow for a sport that has sputtered out the gate this year.

Both Baylor and Houston have had their first two games canceled, meaning they don’t have much flexibility moving forward.

Baylor Athletic Director Mack B. Rhoades said in a statement, “The loss of this game is a devastating blow, but in the interest of the health and safety of our student-athletes, we believe we made the necessary decision . . . We are incredibly disappointed with the continued delay to the start of our season, and empathize with our student-athletes, fans, coaches, and administrative staff.”

But perhaps the most frustrating aspect of the cancelation is that it happened because of contract tracing, not testing.

Players are tested three times per week to ensure they don’t have COVID-19, but the games were canceled because someone associated with the team tested positive for the virus, and due to contact tracing guidelines.

So it doesn’t seem that any players on Baylor actually tested positive during the run-up to the game, but the strict COVID-19 protocols torpedoed the game anyway.

It’s a minor miracle the season is even supposed to take place, so now cancelations like this one have everyone feeling anxious.

The Big Ten threw college football into flux when they unilaterally announced they wouldn’t play this season.

The two conferences hoped that everyone else would get on board, but the SEC and ACC were steadfast in their desire to play.

That convinced the Big XII to join in, and pressure from players, coaches, fans, and even politicians eventually twisted the Big Ten’s arm into playing this year after all.

The Big Ten is now slated to begin October 24th, but with tight COVID restrictions.

If the Baylor-Houston game is any indication of how the season might go, the Big Ten might not be able to play a full eight-game schedule plus a conference championship.

Meanwhile, the apathetic PAC-12 still can’t decide if it wants to play.