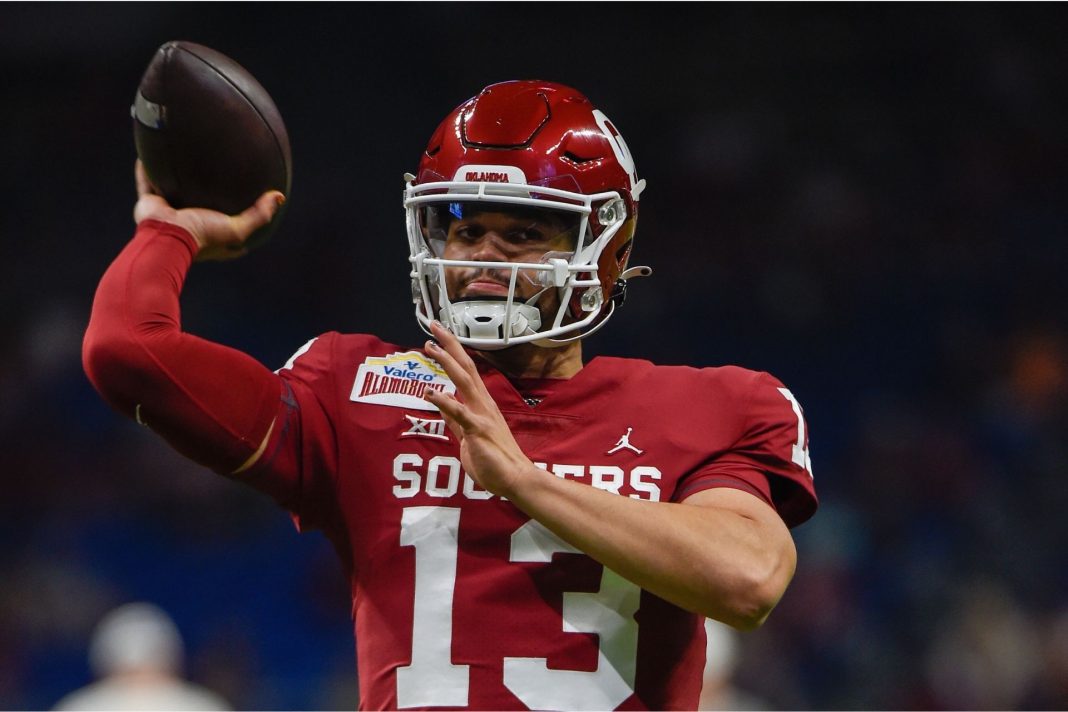 The whole name, image, and likeness gig in College Football is ruining the sport.

Players now could care less about playing football and are only worried about the money they can make.

Now one College Football star is poised to make $1,000,000 just for signing with this crappy team.

What a difference a year can make in college football.

Last year, most college football players played for the love of the game and chose their schools based on personal preferences.

But leave it to the Supreme Court to muck that all up.

In a ruling over the summer, the Supreme Court unanimously shot down the NCAA’s ability to limit kickbacks and straight up money from entering the hands of college players for their name, image, and likeness.

Now you literally have players making bank off of their name and even getting cars out of the deals.

But one interesting thing about allowing players to make some money off of their likeness is the fact that now some smaller programs might be able to land a big prospect with some donors.

And it seems like Eastern Michigan is one of those programs that is trying everything to catch some big fish.

Out of all the players in this year’s transfer portal, Williams is one of the top prospects as he put up some insane numbers at Oklahoma in just a handful of games.

After being given the chance to make a name for himself about halfway through the season, Williams put up over 1,900 yards passing with twenty one touchdown passes.

So when he announced that he was leaving Oklahoma, few could have even entertained the thought that he might be heading to Eastern Michigan.

But EMU alum Charlie Batch wanted to make it a reality.

You might remember Batch as the starting quarterback for the Detroit Lions back in the late-90s or playing as a backup on the Pittsburgh Steelers throughout the ‘00s.

But before Batch’s twelve years in the NFL he was the starting quarterback for Eastern Michigan.

And Batch announced on Twitter that a group of EMU alumni would give Williams $1,000,000 to come play for his alma mater.

Batch tweeted out “Hey (Caleb Williams), have you considered Eastern Michigan, @EMUFB? If not, you SHOULD. GameAbove Capital is prepared to pay you ONE MILLION DOLLARS for one year! Are you ready to be an EAGLE?”

Hey @CALEBcsw, have you considered Eastern Michigan, @EMUFB? If not, you SHOULD. GameAbove Capital is prepared to pay you ONE MILLION DOLLARS for one year! Are you ready be an EAGLE?@espn @CBSSportsNet @CBSSports @NBCSports @FOXSports @barstoolsports @MACSports @FS1

Odds are he won’t do it, but just think how crazy College Football would get if top recruits started going to unknown D-1 schools for the money.